On Saturday 14th November, GGH athletes were competing in muddy XC races, both near and far …

At Tower Hill in Gourock, GGH were hosting the annual Renfrewshire XC championships, while a select group of 3 Harriers had travelled to Dublin to run for Scotland at the British and Irish Masters XC International. In both races, the GGH veterans returned with an impressive haul of medals. 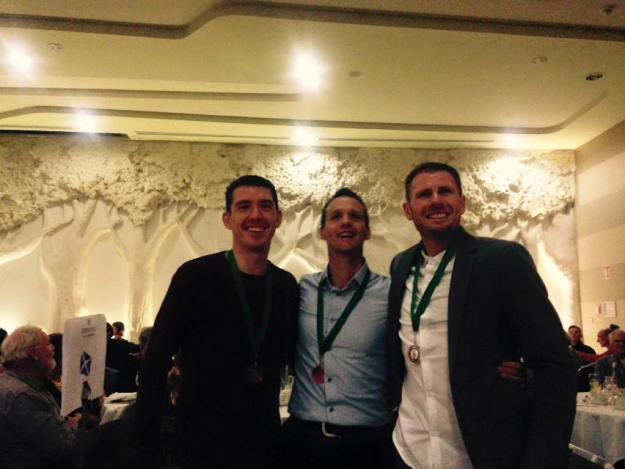 In Dublin, David Henderson and Andrew Harkins were competing in the M35-39 category, while Steven Campbell was in the M40-44 age group. All three returned with team bronze medals, with the most impressive run coming from David, who finished as the 4th counter in the team of 6, one place ahead of Andrew. Steven also ran well, just overtaken in the finishing straight to finish 5th of the Scots in his age group, just seconds behind 3rd and 4th place. 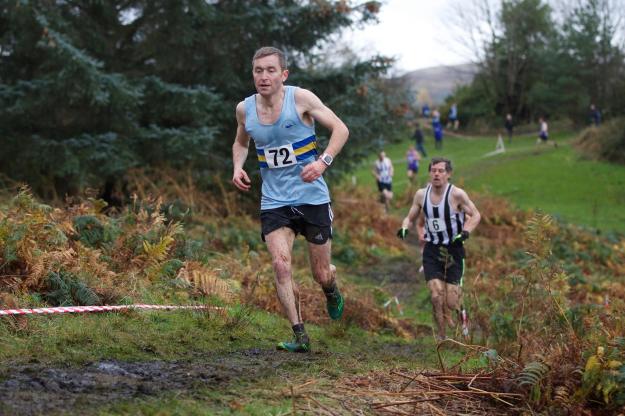 Meanwhile, at Tower Hill, in a further testament to the strength of the GGH veterans, Paul Monaghan finished first M40 and Robert Wilson Senior first M60. Unfortunately, with three of their top men in Dublin, and several others missing through injury, an under strength team could only finish 5th. Paul Monaghan was first home for the club, just missing out on a top-10 place to go with his over-40 gold. Next back was Andrew White, with Mark Vance, Robert Wilson Jr. and David Roberts following, in a close group, and Robert Wilson Sr. rounding out the top 6 counters. Chris Watson found the going tough in the hilly and muddy conditions, but will surely benefit from his first season of cross country, finishing just ahead of Micky Dunn, who had another good run to finish 2nd M60.

In the women’s race, Lorna Coyle finished 2nd in the F50 category, to secure a silver medal, but the GGH ladies could only match the men’s 5th place finish. Suzanne Coyle was the first GGH finisher, just outside the top-10, followed by Marian Monk, with another good run, and Lorna as the final counter. There were more encouraging performances from newcomers Catriona Stirling, Lana Hanson and Nicola Stevenson, and cross country comebacks from Kirstin Arthur and Fiona Cushnaghan.

In the junior races, young Harry McGill won an individual bronze in the under-13 boys race, and there were good runs from Cameron Patton, Finn Campbell, and Alex Wiseman in the under-11 boys, and Alan Mollins and Ryan Brown in the under-15s …

The day was a huge success thanks to all the hard work of Stevie McLoone and the many Harriers who helped with marking the course, setting up the tent, registration, marshalling, and catering for the event.