The best team performance of the day came from the ladies vets team who were 4th overall vet team and 3rd Renfrewshire vet team. The team of Sue Hewitson, Lorna Coyle and Marion Monk covered the course in 55.12, with Sue putting in a fantastic opening leg of 17.20 to take 2nd female vet prize! Elsewhere in the ladies race, there were strong runs from Marianne McKay, Lisa Ruddy and a return to action for Suzi Coyle. 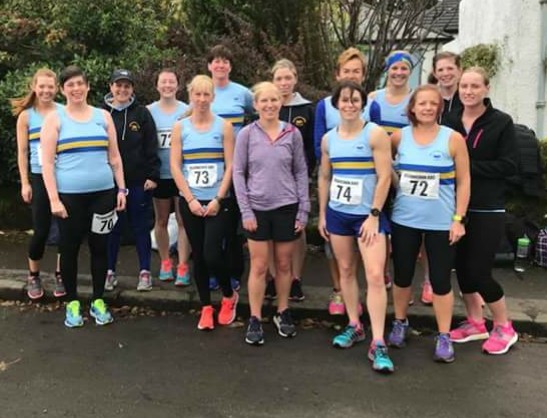 With some of Glenpark’s key vet runners otherwise engaged, Captain John went for full strength in his seniors team with a returning Stephen Trainer leading the way. Stephen covered the course in 13.44. Daniel Doherty, Andrew Osborne and Paul Monaghan followed Stephen’s lead to get the team round in 13th overall out of the 55 full teams entered. Chris Mooney showed he’s getting back to his best after injury with a strong run, second on the day for Glenpark. There were also good runs on the day from Chris Watson, Gordy Hepburn and Derrick MacNish in his first Glenpark outing. 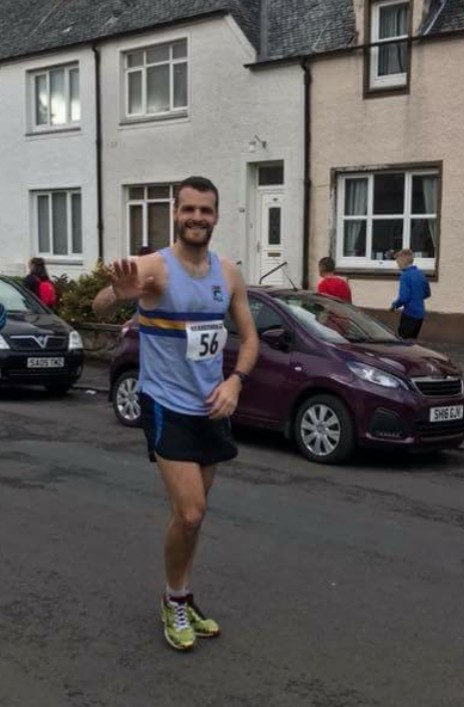 Performance of the day on the ‘mens’ side is reserved for the 4 Glenpark juniors. Alan Mollins, Ewan Ferguson, Ryan Brown and Harry McGill came 37th overall in the mens races with all four posting times that made many of the seniors jealous! Harry McGill, running an isolated final leg, recorded a fantastic 14.53! Only Stephen Trainer, Chris Mooney and Daniel Doherty ran faster on the day for Glenpark. 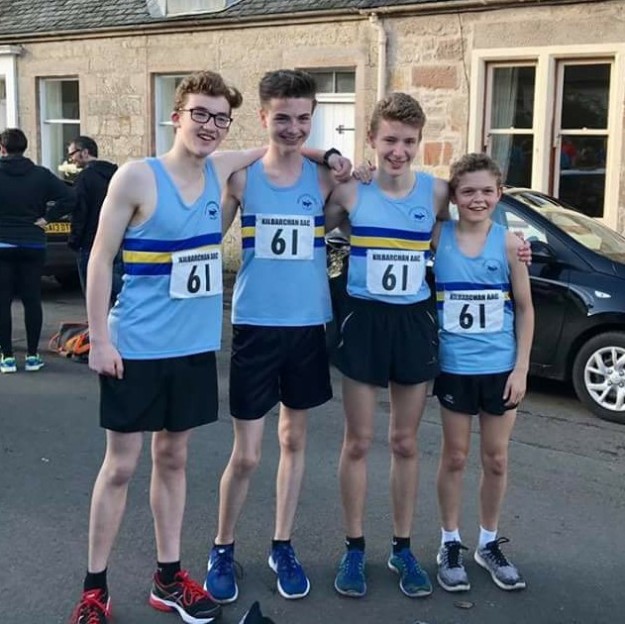 Finally it wouldn’t be a day out with Glenpark if this bloke didn’t keep trying to get a photo with our ladies. Thankfully Lisa put on a brave face and obliged…