On the exact day when Glenpark Harrier Willie Jukes would have turned 70, the club headed to Dunoon for our annual memorial race. Starting at Willie’s bench at West Bay, the harriers held a series of races for juniors and seniors. It was not the best weather conditions we’ve ever had for this race, but there was a great turnout from the club on the day. Summer Taggart in the junior race

The day started with the 200m junior race, with 2 heats of juniors competing over the sprint. Daniel Masalskis edged out Zak Dolan in the first heat in 35 seconds. In the second heat, Summer Taggart sped to victory in an impressive 26 seconds! Next up was the one mile junior race, where a good few dusted themselves down after the 200m race to go again. Summer Taggart impressed again as she edged to victory over Aimee McEleny in 6.41. The mile course was out and back, so runners had to judge the wind into their face on the return 800m. Ruari Trainer was in third position with 9 junior tackling the longer race. The senior race was the traditional out and back 5 mile race, heading south from West Bay to Inellan before returning home. The southerly wind made it a real tactical affair, with a really strong headwind to contend with on the way out. This resulted in packs forming right away to try and share the workload among runners of similar ability. The first pack of 10 runners consisted of the strongest runners in the club just now, all working together to reach the turn. That’s when the real race begun, with Neil Lafferty and Stuart Greenway breaking from the pack. Neil just held off Stuart for the win, helped by a near 5 minute final mile! Wes Pattison pipped Kyle Wilson for 3rd place, while Andrew Osborne continued his fine form to take 5th. Neil’s win in 27.19 gives him a huge boost in the championship tables, and it will take a big effort from the chasing pack to stop it now.

Jude Dolan impressed as a junior in the senior race, holding with the fast pack of runners to the turn, and holding on for the return half to finish in 8th place overall. One of many acts of generosity on the day was the donation of a new trophy to mark Willie’s 70th birthday, one of Willie’s own trophies from his career. This was given to Jude for his first junior place in the senior race. One of many if his progress continues in this vein! The second pack of runners included the wannabees who will be aiming to build themselves up to the same level as the top 10. At the turn, this pack split into a sprint for home too, with Stephen Hanley taking the lead and Chris Mooney, Daniel Doherty and Mick McLoone putting in the biggest challenge to catch. Stephen held on, and pipped one of the fast pack for 10th, with Chris just behind. Sean Marshall and Robert Dolan held with this pack to the turn as well, with Owen Atkinson not far behind. The ladies race was won by Marian Monk who has 9 and a bit fingers on the ladies championship now after another strong run. Marian’s run was strong, even though she was isolated for the majority of the run. Lynne Harrison continues to impress in her early days as a harrier, grabbing second spot ahead of Lisa Boonsanong. Debbie McKenzie and Claire Monaghan rounded out the top 5, with Yvonne Prager, Lynsey McLaughlin and Jennifer Hanley running well just behind. 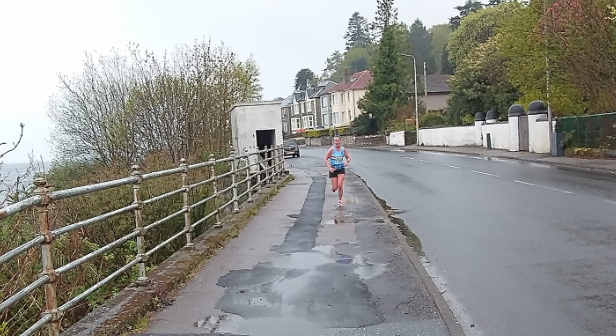 Marian closing in on victory

The handicap race at Dunoon is always a fun affair, with the crowd gathered in Sinbads after the race speculating on who might have nicked it. Many a minute is spent browsing Strava and trying some mental arithmetic to see who might have won the trophy! However, if the winner doesn’t do Strava, it makes it harder! That was the case when Callum Gorry was announced as the handicap winner, sneaking in just ahead of Lucas Bezian for his second handicap win! Callum had a great run, as did Lucas and William Taylor in third. It was poignant that one of Willie’s good friends in Graham McGrattan was 4th, and has been running great in the last few months. The handicap championship will culminate in August at the Bill Elder 10k, and is up in the air as usual. Graham and William move into a share of the lead, but closely followed by Eric Lindsay and Owen Atkinson. 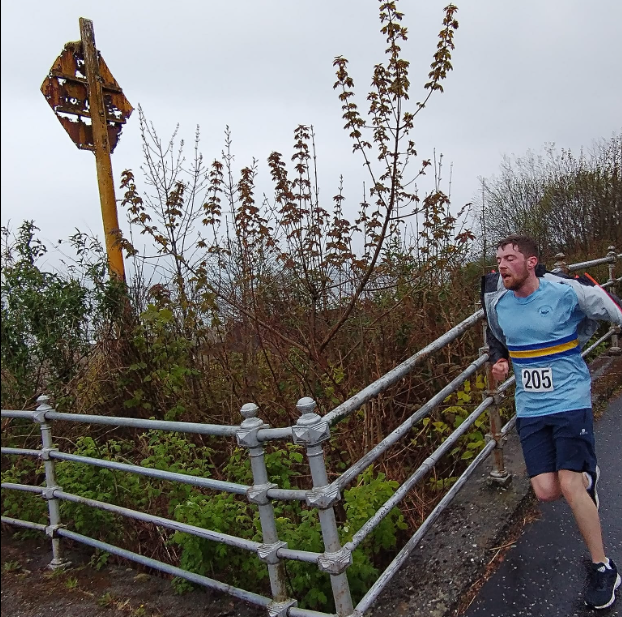 Callum turning in for glory

The Jukes family were once again absolutely amazing on the day. To add to the usual hospitality, every runner received an engraved medal upon finishing which will be treasured by all of us. The post race feast in Sinbads was fantastic, and it was great to see so many of the family come out to cheer us on. We cannot thank them enough for their continued support, and we hope that seeing such a good turnout from the club helps them at this time of the year. 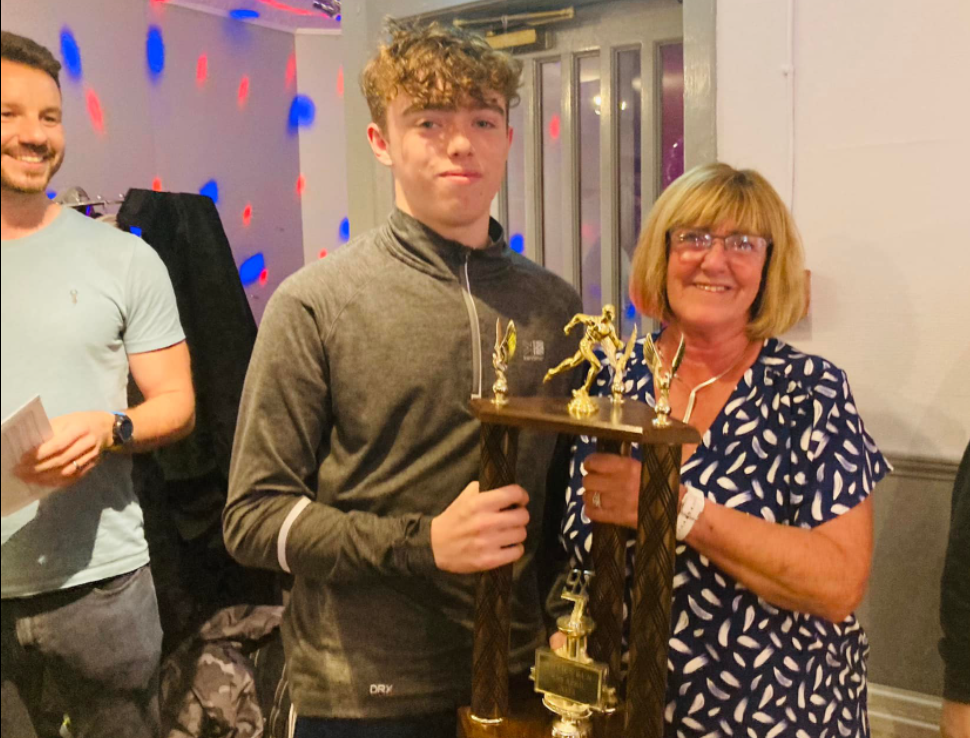 Jude and the new trophy

Big thanks to all our volunteers on the day, and to our race sponsor Travis Perkins with James Campbell helping out on the day too.