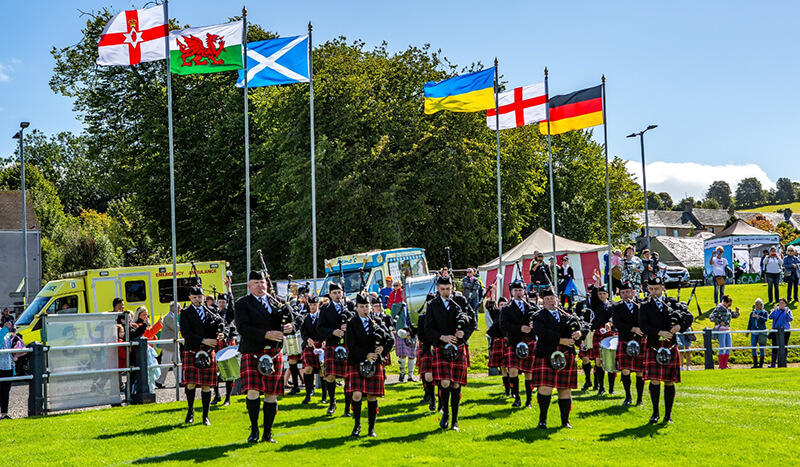 There were 124 starters at this year’s Bute Highland Games 10k. The club had 6 seniors running, including our three local Rothesay lads Shaun Lyon, Wes Pattison and Alan Poole.

The route boasts spectacular views over the Clyde Estuary, Loch Striven and The Kyles of Bute. After a lap and waves to the crowd and family members, the competitors headed down the hill through the town, then northwards along the coast road, passing the Skeoch Woods and Ardbeg Point then onto the turn at Port Bannatyne and then back along the same route to the finish line in the Stadium. Hundreds of spectators lined the route, cheering on the runners along the way.

First home for the club was the returning-to-form Shaun Lyon, finishing 3rd overall in 34:19. Next was Wes Pattison in 5th, then Alan Poole in 10th. Campbell Cromar finished a meritorious 17th, just ahead of Marian Monk in 22nd place. Marian also won the V45 gold medal and cash prize. Charlotte McKay had a fabulous race in the hot conditions finishing 15th in her age category.

The athlete of the day however was the multi-talented Marianne McKay who won several bouts in the wrestling!

Apologies to Marian and Wes for not managing to get any photos.
Photos marked * were taken by Paul Simpson, the official Games Photographer. 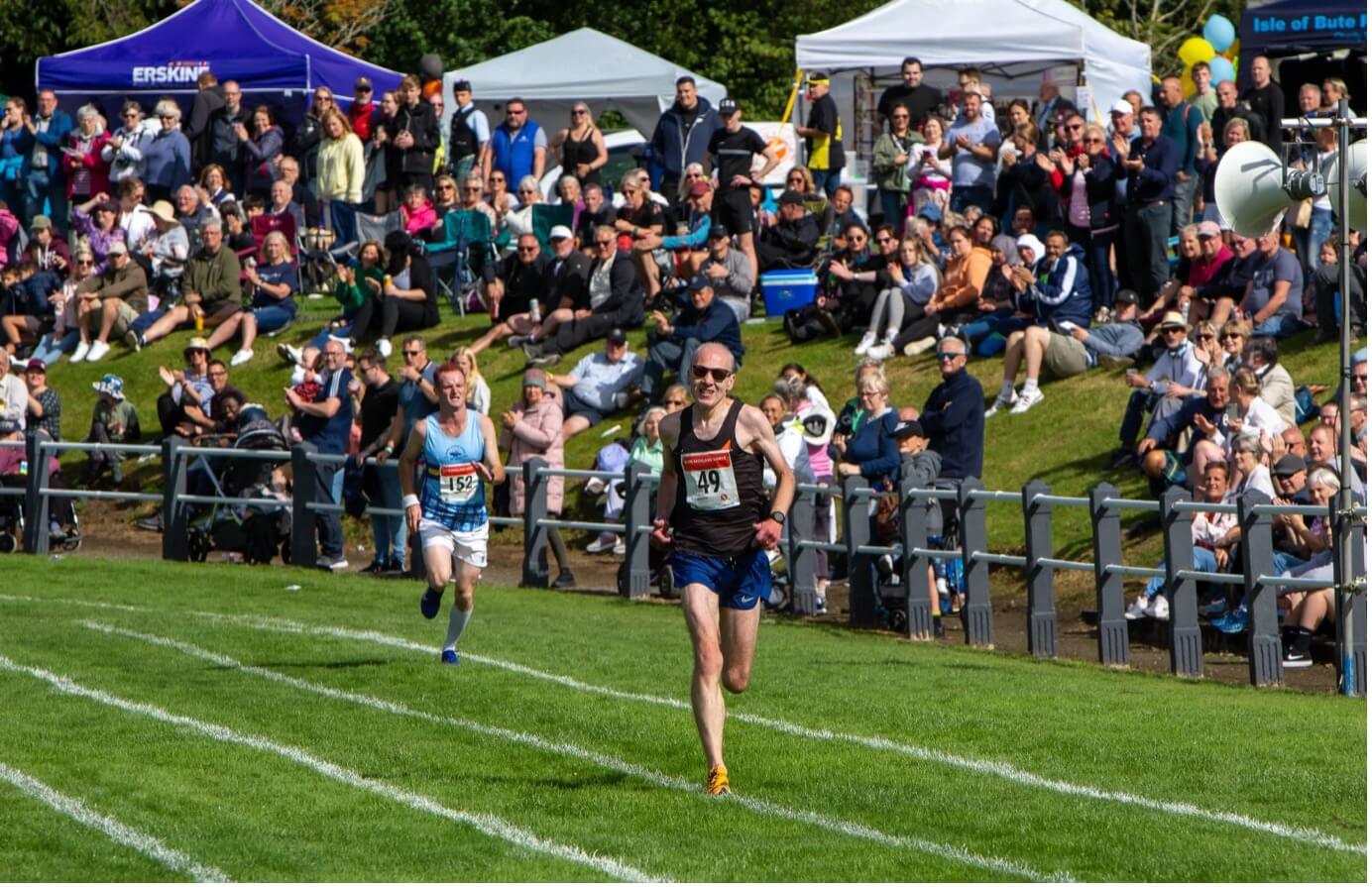 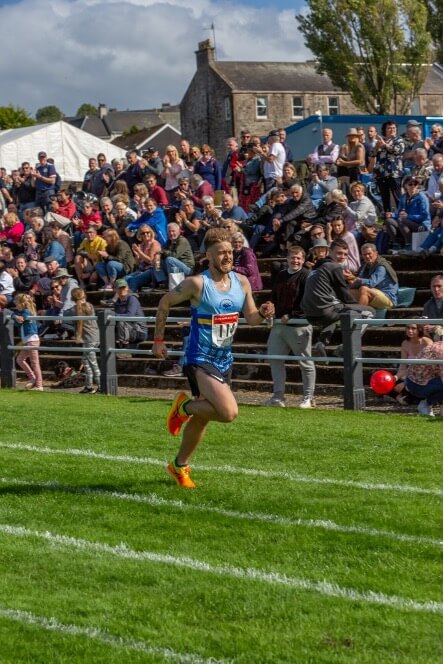 Alan Poole sprints home to finish in the top 10* 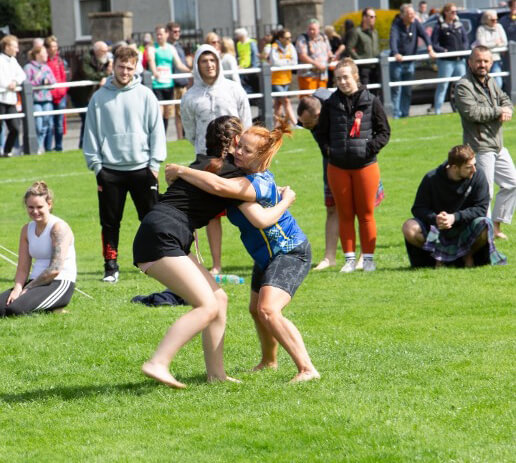 Marianne McKay in a winning bout*