Greenock Glenpark Harriers are one of the oldest running clubs in Scotland and we have accumulated a rich and fascinating history since we were first formed away back in 1895. Please click on the link below to read more

Greenock runners join the satellite branch of Clydesdale Harriers‭. ‬The sport of running grows in popularity and numbers joining‭ ‬swell to over 50‭.‬

The 1920s proved to be one of the most successful decades in the club’s history. In a four-year period between 1920 and 1924, GGH accumulated two individual golds (Wilson and Wallach) and three team medals at the National Cross Country Championships, the blue riband event on the Scottish calendar.

After the Second World War, club members returned from military duties and were eager to resume their sporting events. The Edinburgh to Glasgow relay race was one particular highlight on the Scottish racing calendar.

Despite the entry being granted by invitation from the race organisers, Glenpark were represented at this event most years. Following two fourth-placed finishes, the club secured a bronze medal in the 1950 edition of this prestigious event.

A prominent Glenpark runner in these relay teams was Bill Elder, who took on the role of Club Secretary around this time.

The club decided to demolish their existing clubhouse and replace it with a much more modern facility.

This led to a period of time where the club was effectively homeless
and training runs were
co-ordinated from a variety of local venues. The vast majority of the work was undertaken over a period of years by club members in a voluntary capacity.
Social events were organised to raise funds to purchase the best quality building materials. Miss Kirkwood – who owned the land the clubhouse was built on was so impressed with the project she gifted the land to the club. The clubhouse opened in the summer of 1958 and was one of the most modern clubhouses in the country at the time.

1960 saw the first running of the Harris Cup in memory of former club president Tommy Harris.

The club was also helped by the introduction of some new talent from Auchmountain Harriers, who folded in 1962.

Tommy Knight, Jim Sheridan and Richard Hodelet joined the club at this time. Hodelet immediately began challenging Jim Spence for the club championship, finishing runner-up in the 1962/63 season. Both athletes would go on to exchange the title throughout the sixties. The year also saw the emergence of Tommy Dobbin, who would win both the Renfrewshire and West Cross-Country Championships.

In the 1963/64 season, Hodelet won his first club championship. But later that year he would go on to even greater things, winning his first Scottish title on the track that summer in the 880 yards. Dobbin would match this feat, winning the junior 880 yards title. The club now had the best middle-distance talent in the country.

In 1965, Dobbin and Hodelet then helped the senior team to their first West District Relay title in years.

The famous Glenpark hoops vest was introduced in 1966 with D. Kennedy taking credit for the design.

Jim Spence won back his club championship titles in 1967 and 1968, with his brother Laurie Spence coming to the fore at the end of the decade, winning silver in the Junior National Cross Country Championships in 1969.

The club led the way with the introduction of the Inverclyde Marathon in 1981, long before the first London Marathon. The club supported the event until its last running in 1998.

Tommy Murray followed this up by winning successive West Cross Country Championships in 1989 and 1990. The club performed consistently well at the West Championships during this period, with many top-ten finishes, including three team bronze medals. Alan Puckrin also reached his peak to win gold in 1994 as well as bronze in 1993 and 1995.

1983 also saw the first of the Glenpark Christmas Discos being held to raise club funds. The initial venue was the Rankin Park Social Club.

From 1984 to 1996, the club were rarely outside the top ten at the National Cross Country Relays, securing national gold in 1988 with a quartet of Phil Russell, Alan Puckrin, Hammy Cox and Tommy Murray.

The marathon boom produced several excellent endurance runners. Hammy Cox, who represented Scotland all over the world, recorded a club record of
2 hours and 18 minutes for the
marathon distance.

October 1986 saw a club special meeting vote decisively to introduce female members. By the end of the year more than a dozen women had joined the club.

By 1996, the popularity of running had decreased with a corresponding reduction in membership which was now back down to approximately 60. By this time, most of the best runners had left the club through retirement or leaving to join other clubs such as the newly-established Inverclyde Athletics Club.

This was followed up in 2002 with two team medals with the Under-13 girls winning bronze with the Under-17 Boys team of David Butcher, Chris McCall, Paul Bryson and Samuel McGuinness narrowly losing the gold.

Success continued in 2003 when David Butcher won the Silver in the National having won gold at the Renfrewshire and West. 2003 also probably saw the best-ever junior girl performance when Debbie Miller slaughtered the field at the Under-15 West Cross Country Championships.

The seniors reaped the benefits in 2004, with Chris Mackay and Chris McCall helping Robert Docherty and Stevie McLoone to finish tenth place at the National Cross Country Relays in 2004 to record their highest finish for eight years. Mackay would go from strength to strength in the following years and became one of the youngest club champions in 2004. He would go on to break the club’s Chisholm Mile record as well as representing Scotland. In 2007 he won his first Scottish title in the Scottish 10km Road Race championships
at Vale of Leven.

As the decade came to a close, the club enjoyed a membership boom even greater than the marathon boom of the 1980s, with around 140 members at the end of the decade, including a healthy junior membership and a record number of women members.

In 2014, members of Glenpark Harriers were influential in establishing a 5km parkrun time trial event on Greenock’s Esplanade every Saturday morning. The success of parkrun combined with a number of beginner coaching sessions sees the club’s membership swell to more than 200.

Highlights of the club’s racing schedule are ‘away days’ at Dunoon for the Willie Juke’s 5-mile road race and the Singlehurst Shield trail race now held on the Isle of Bute. The annual Christmas Jumper pub crawl in Gourock is a popular social event with senior members.

The COVID-19 pandemic delays and disrupts the club’s 125th anniversary celebrations, with the race season being extended to allow races to be completed. A series of 10,000m track races are held to mark the centenary of James Wilson’s Olympic bronze medal in 1920. 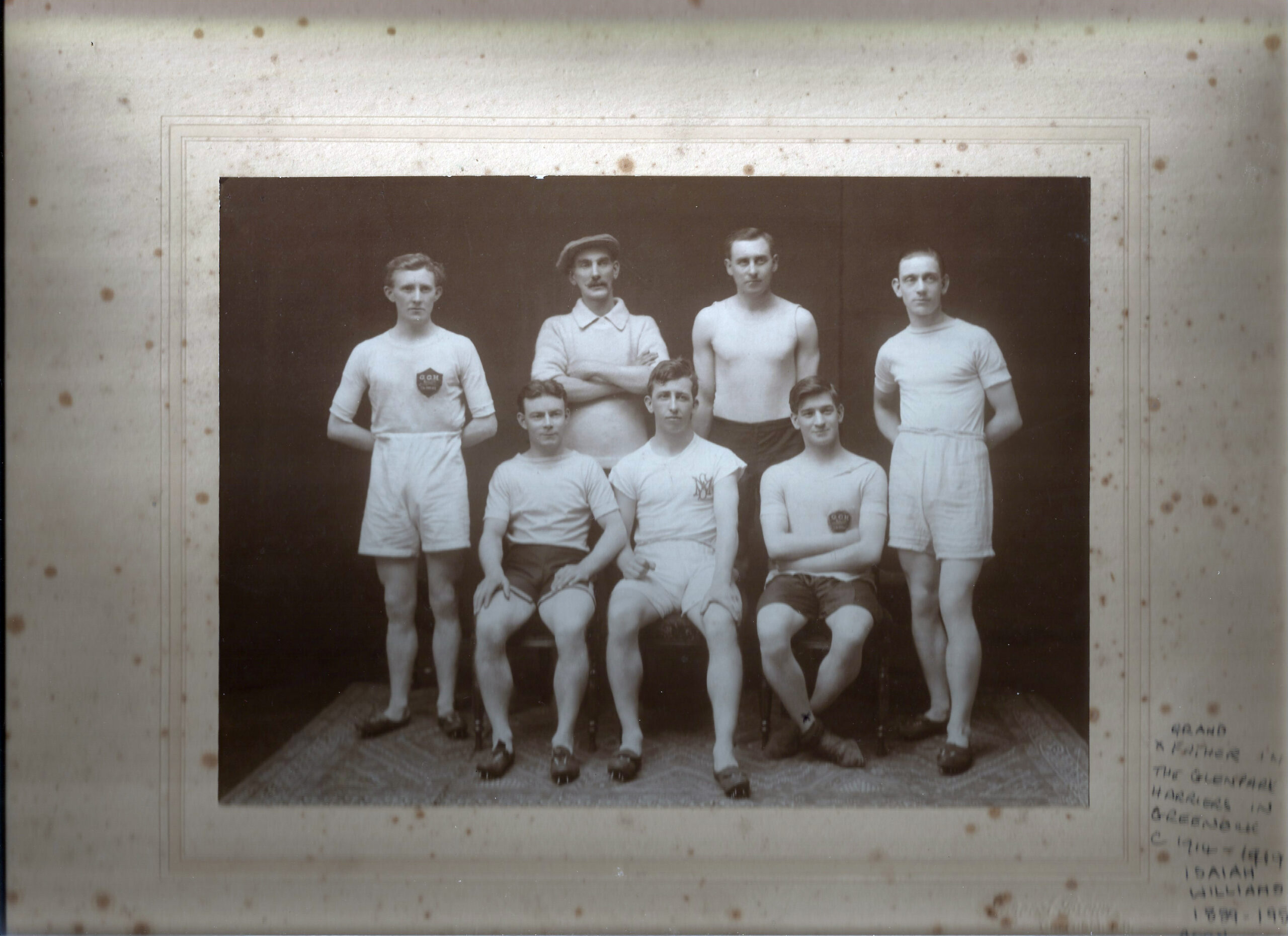 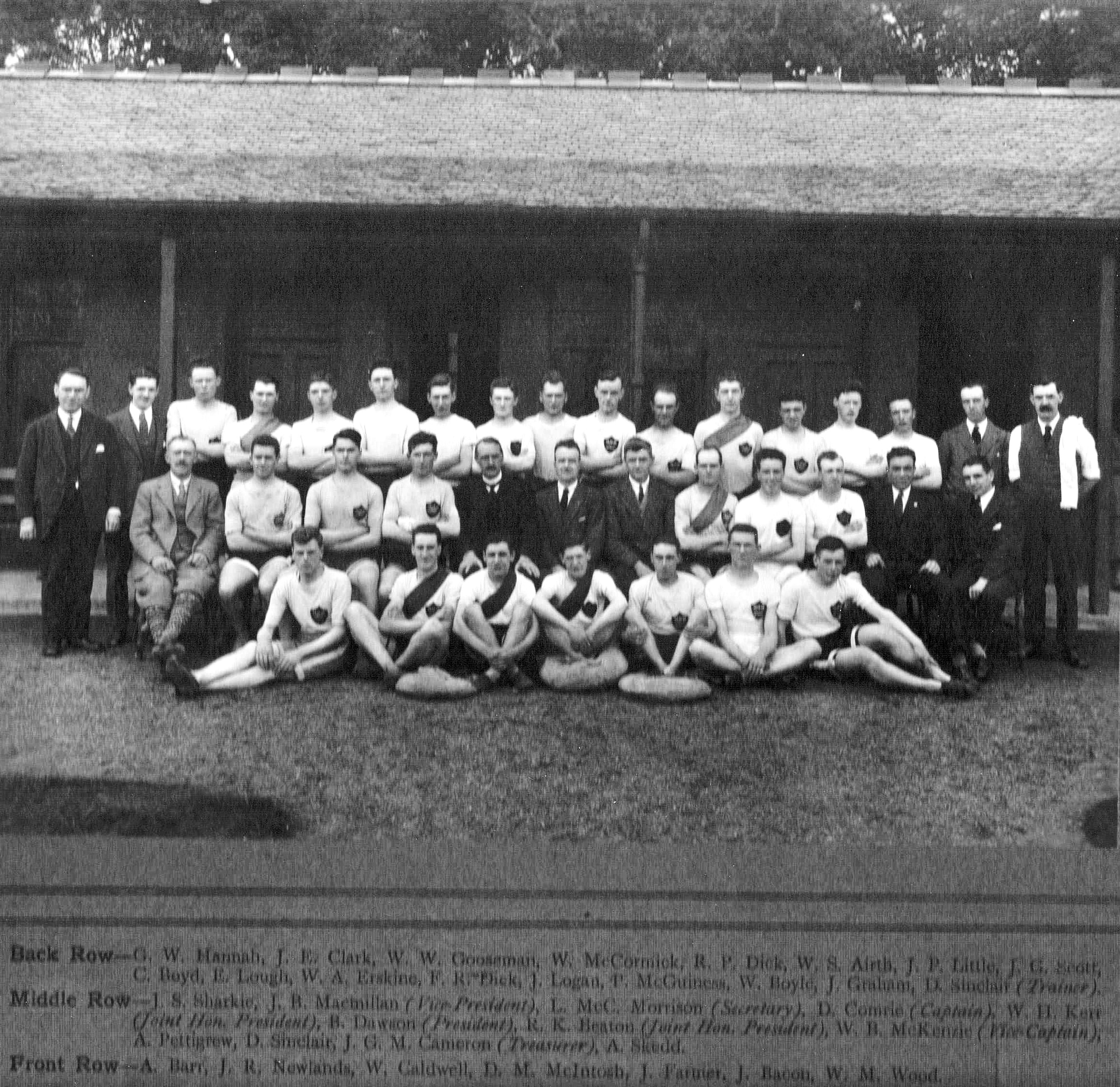 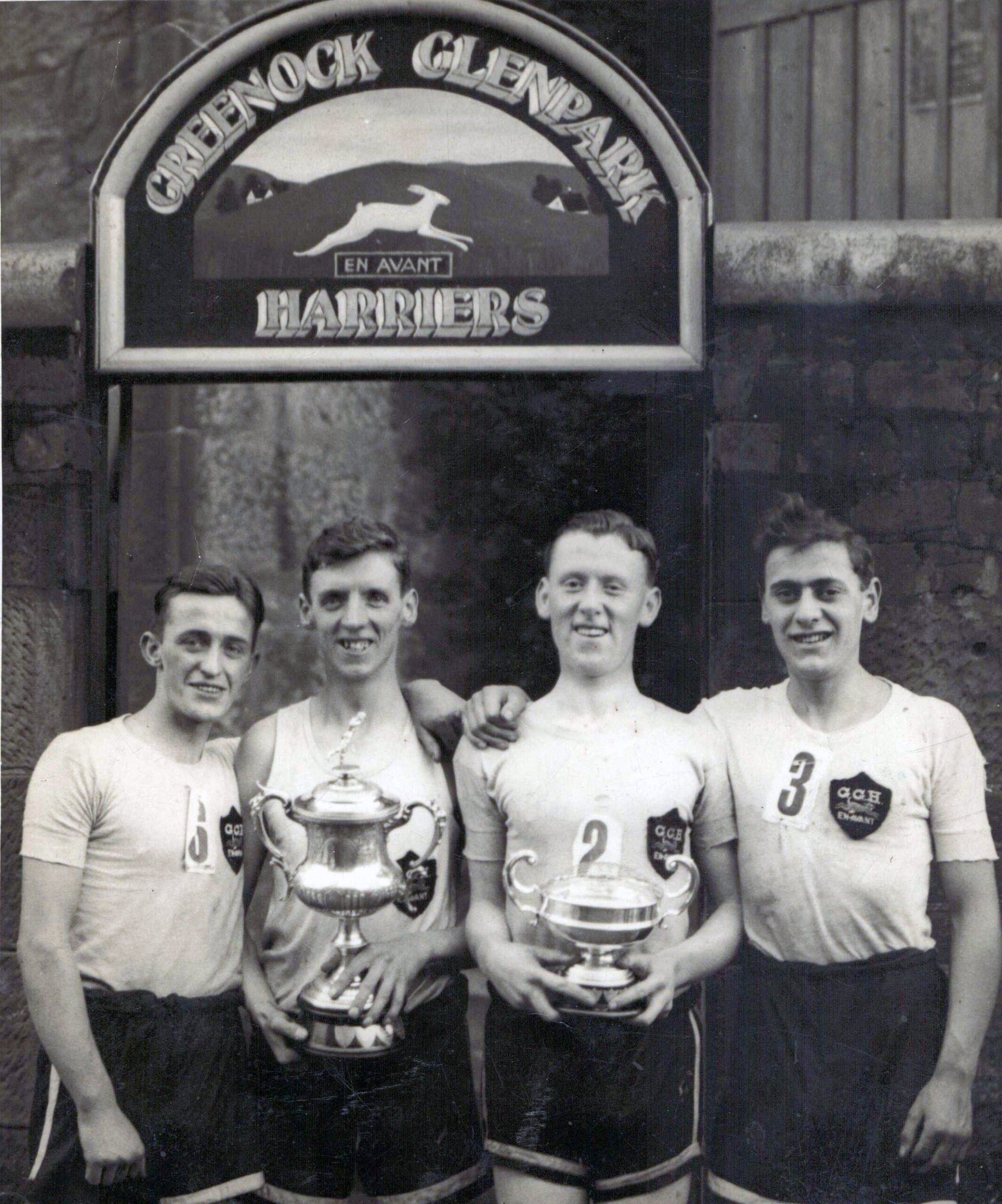 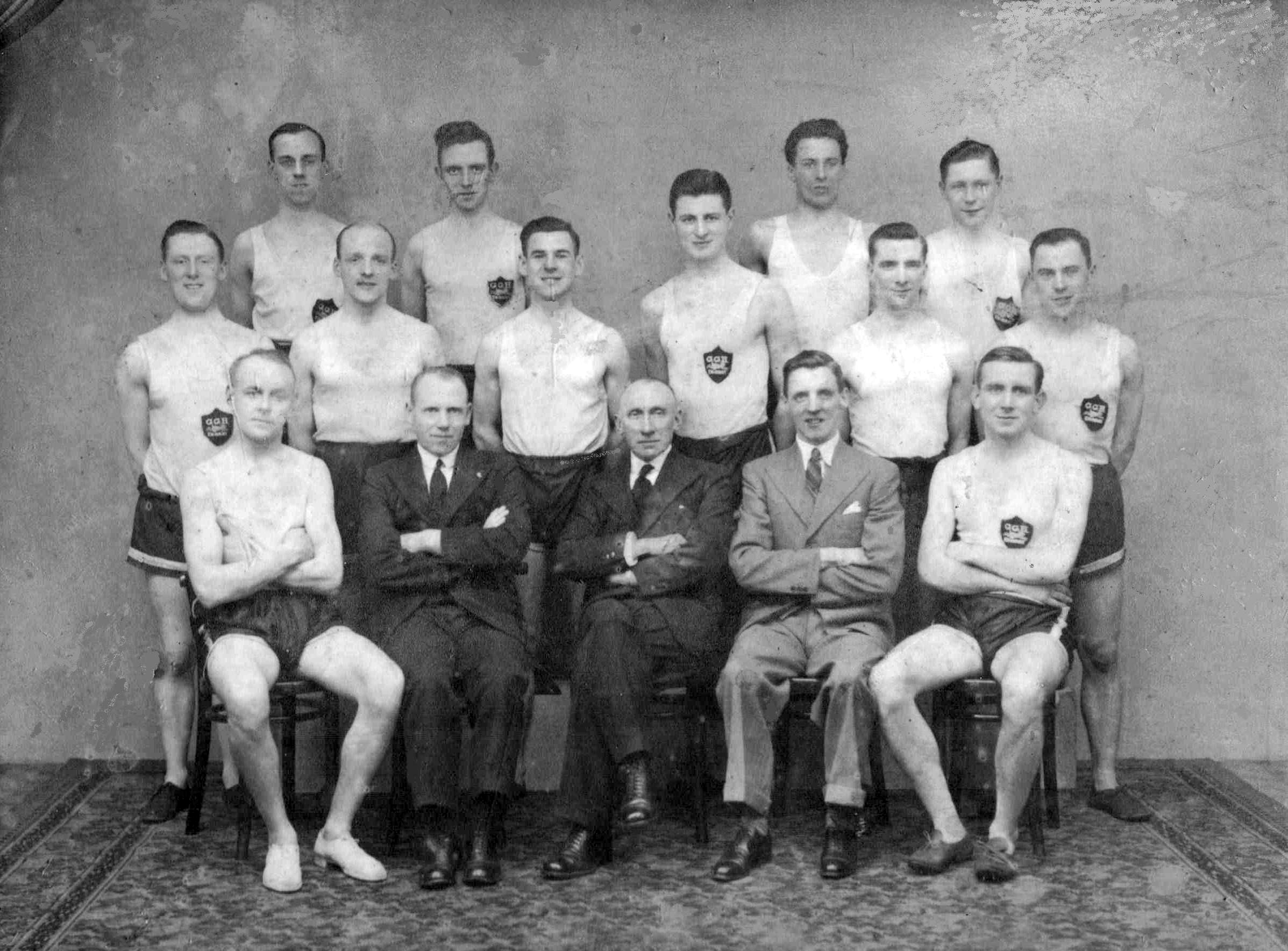 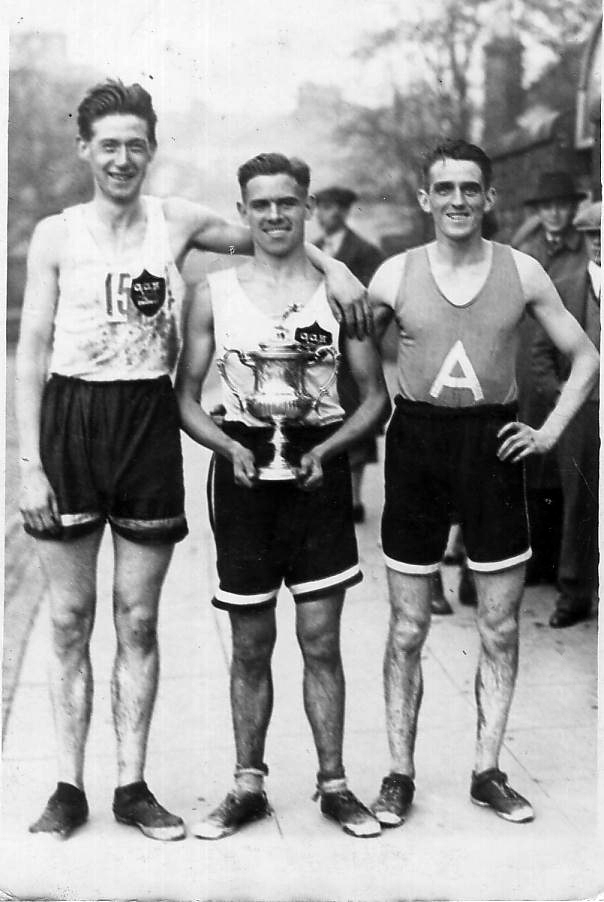 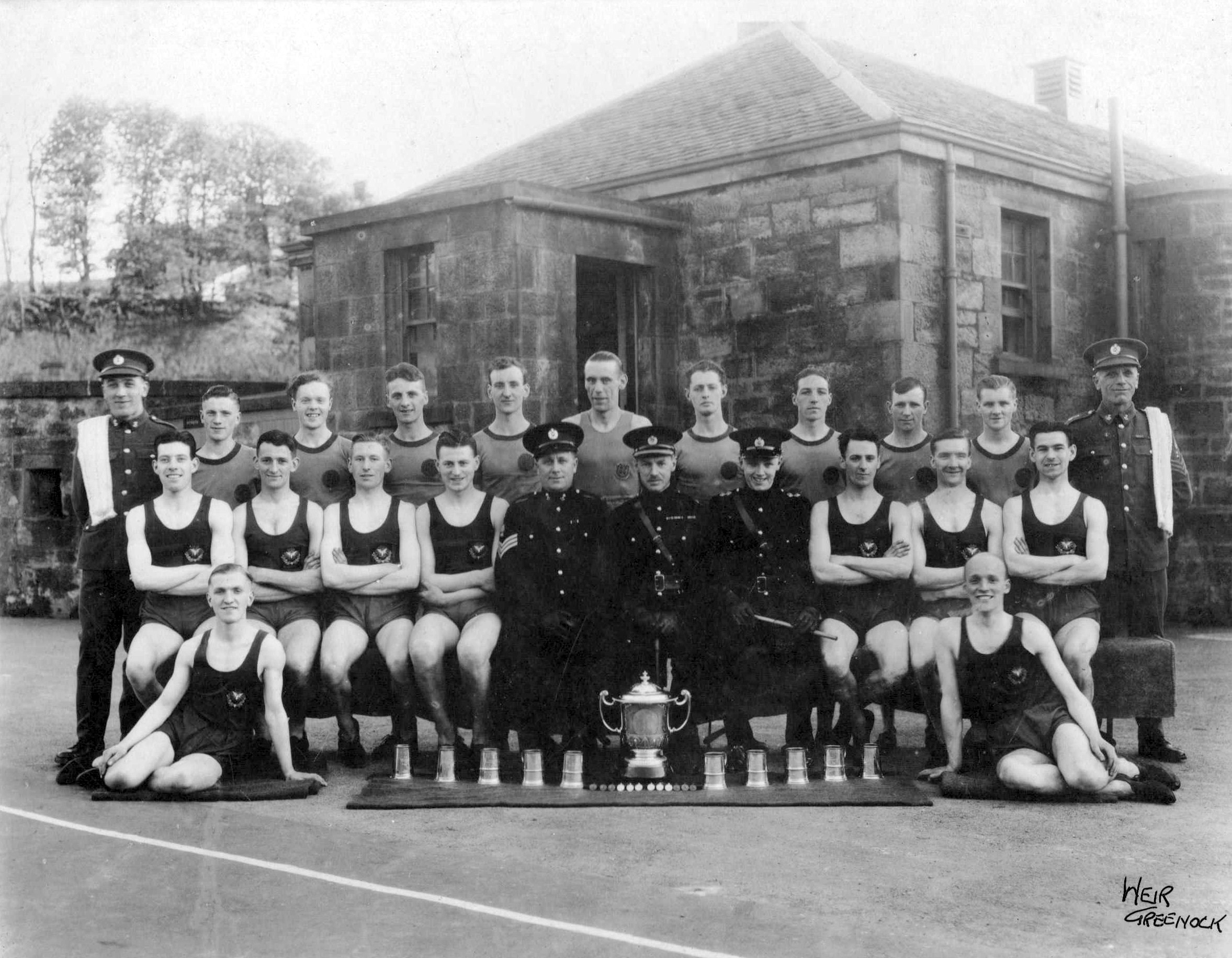 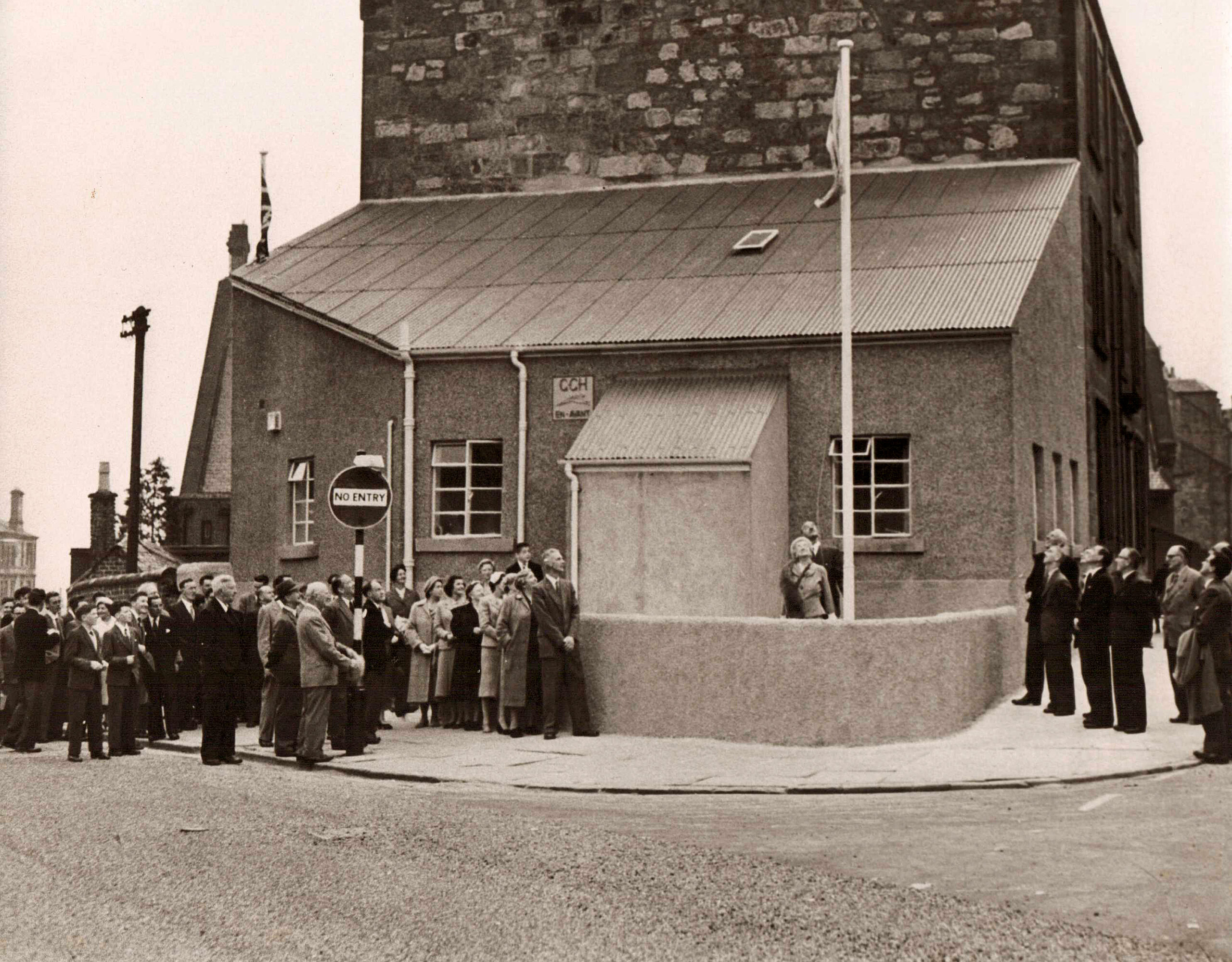 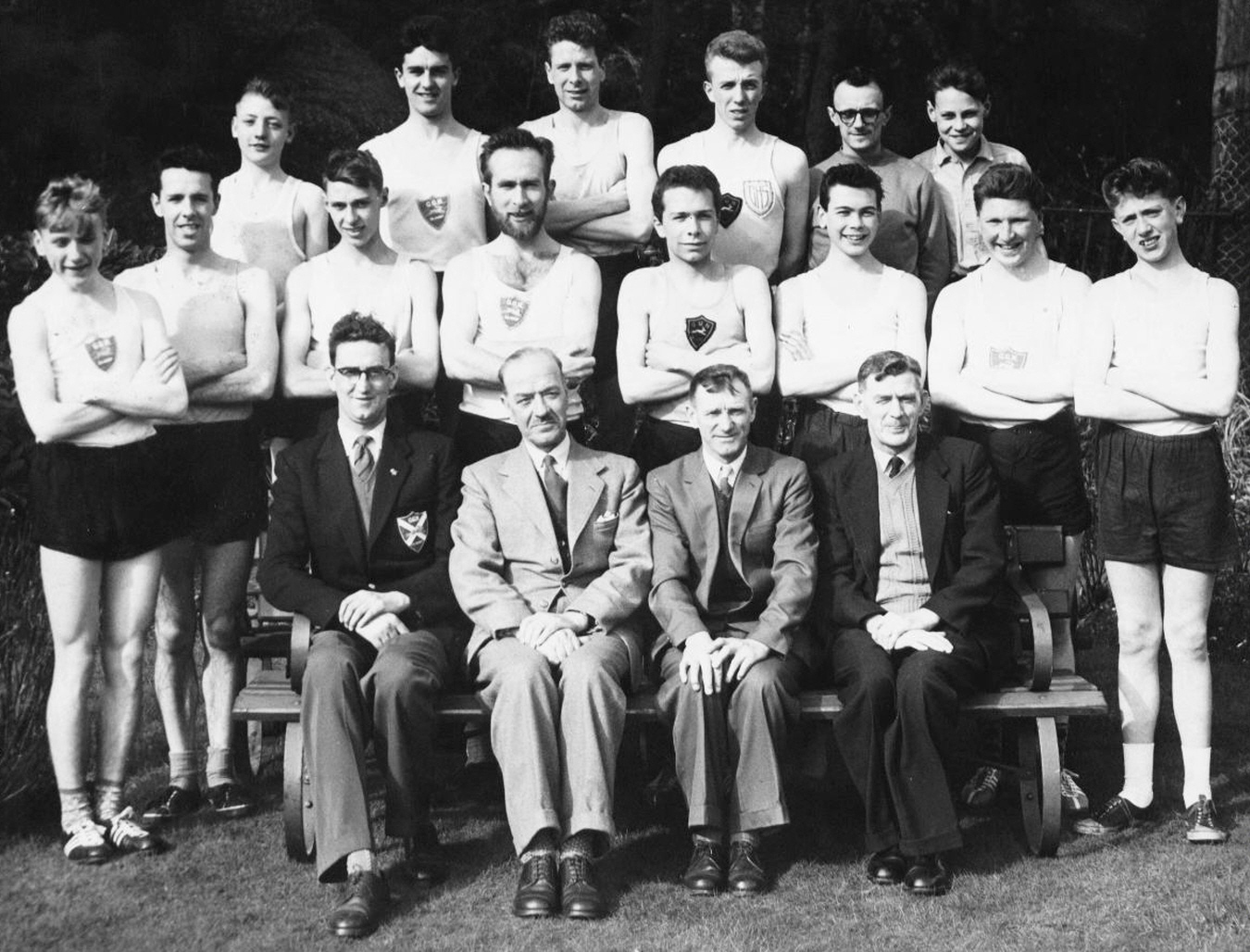 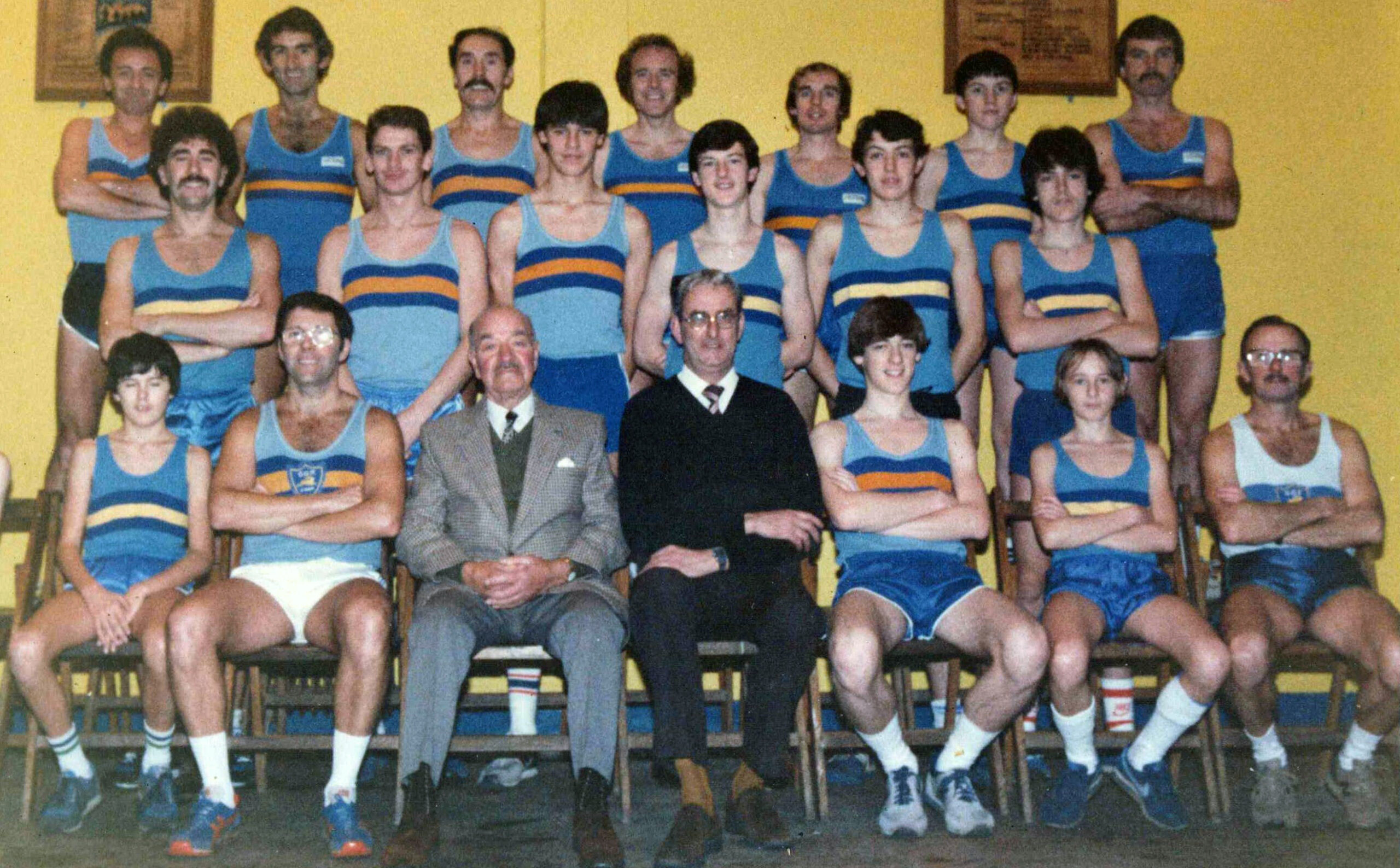 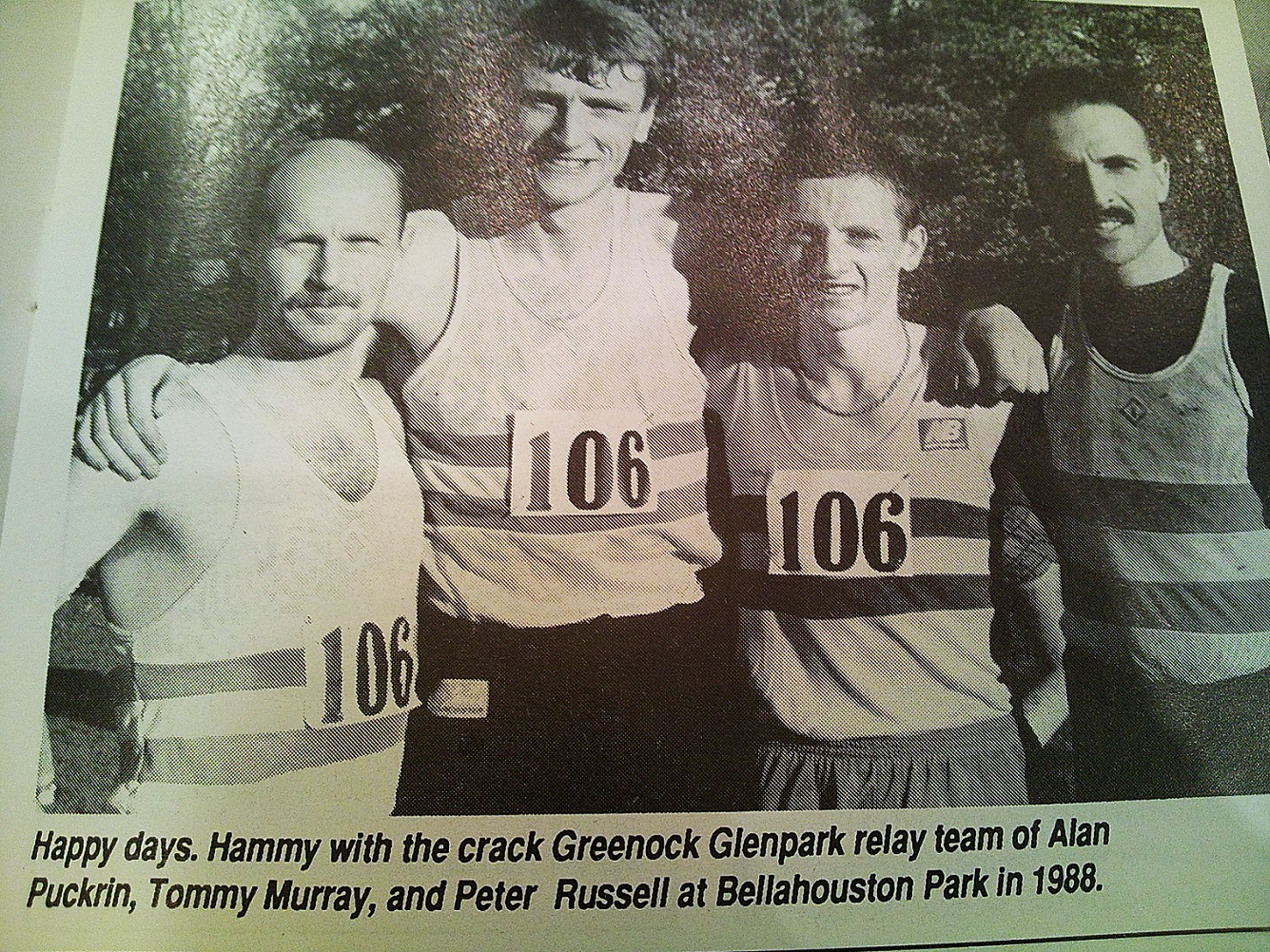 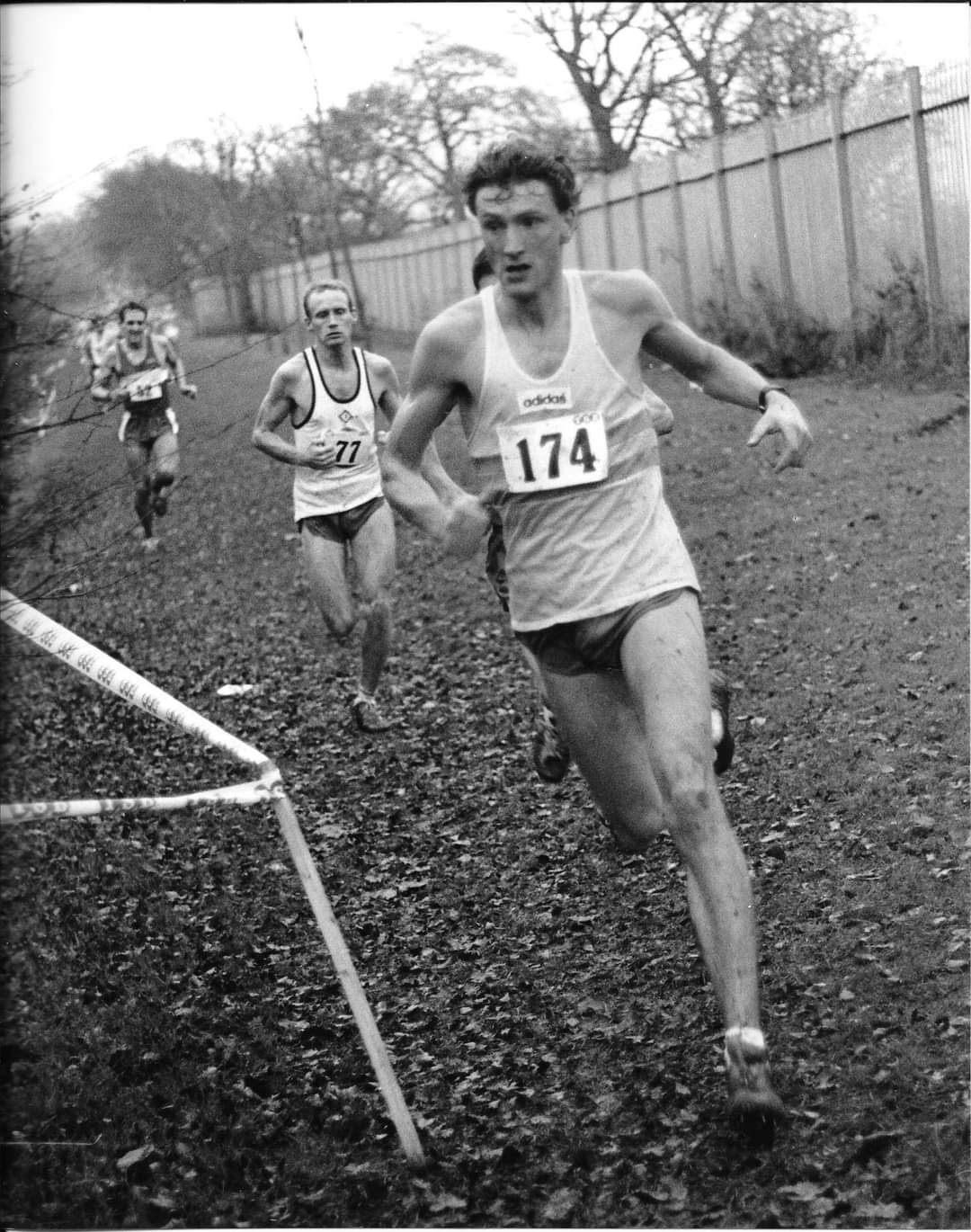 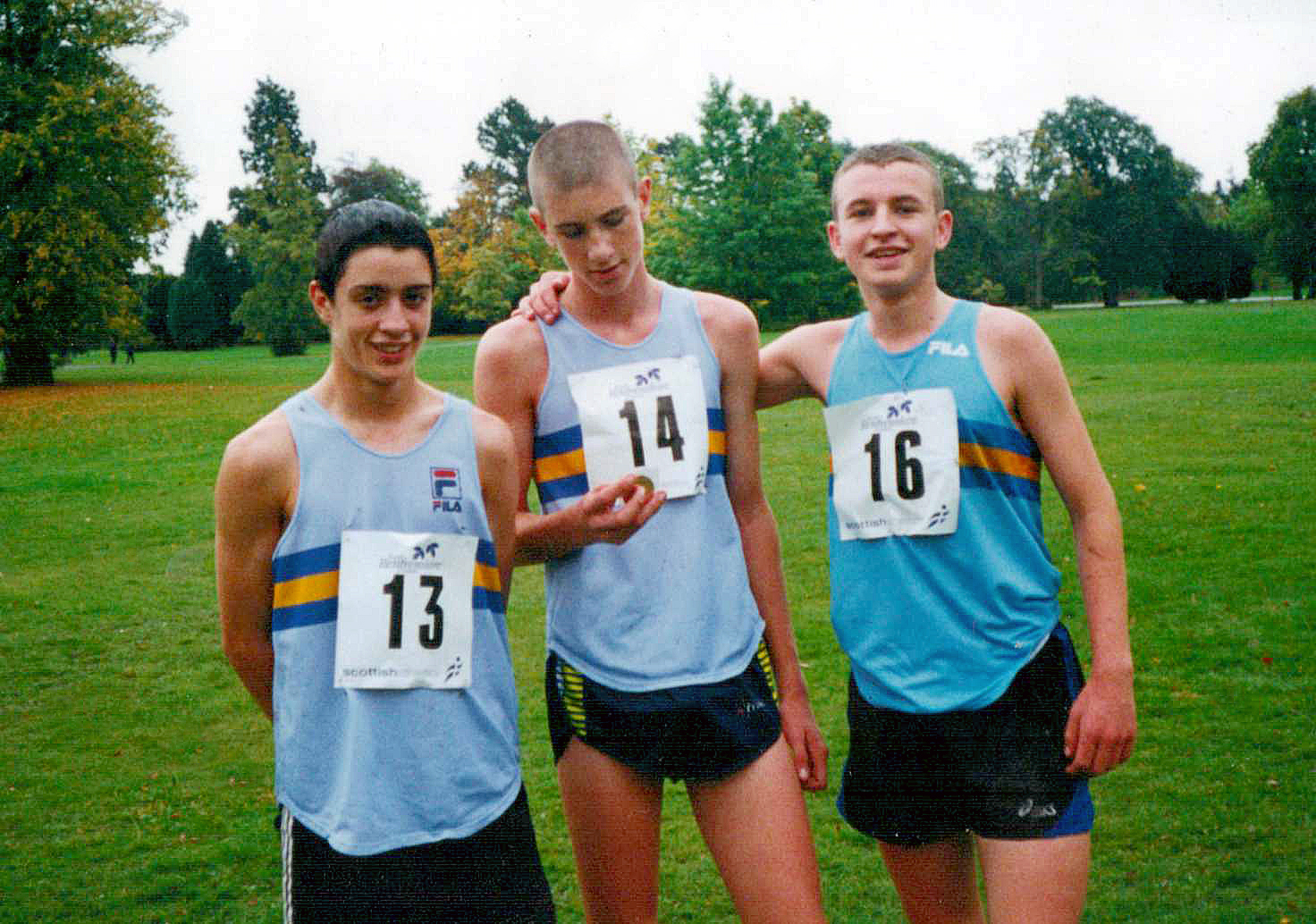 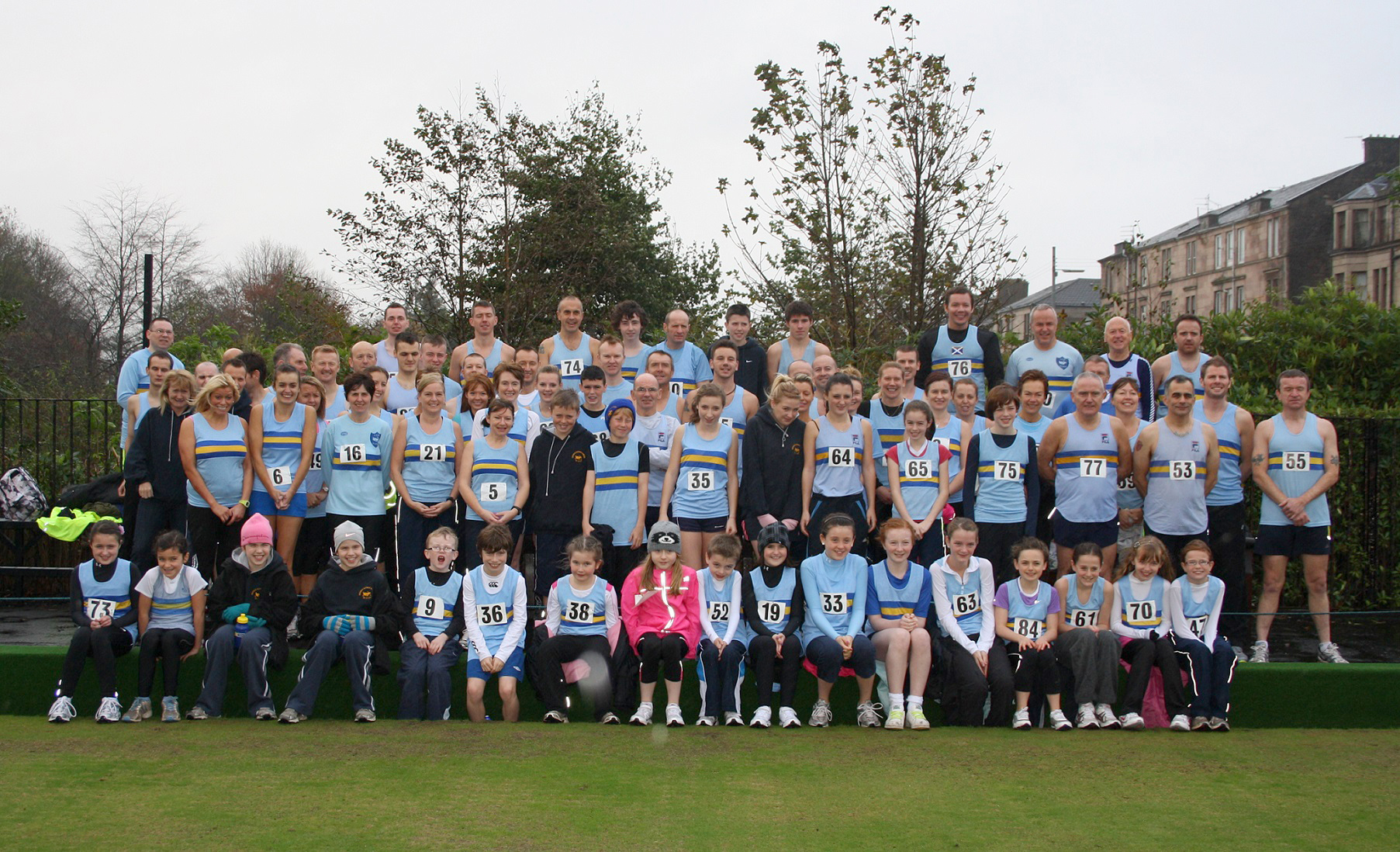