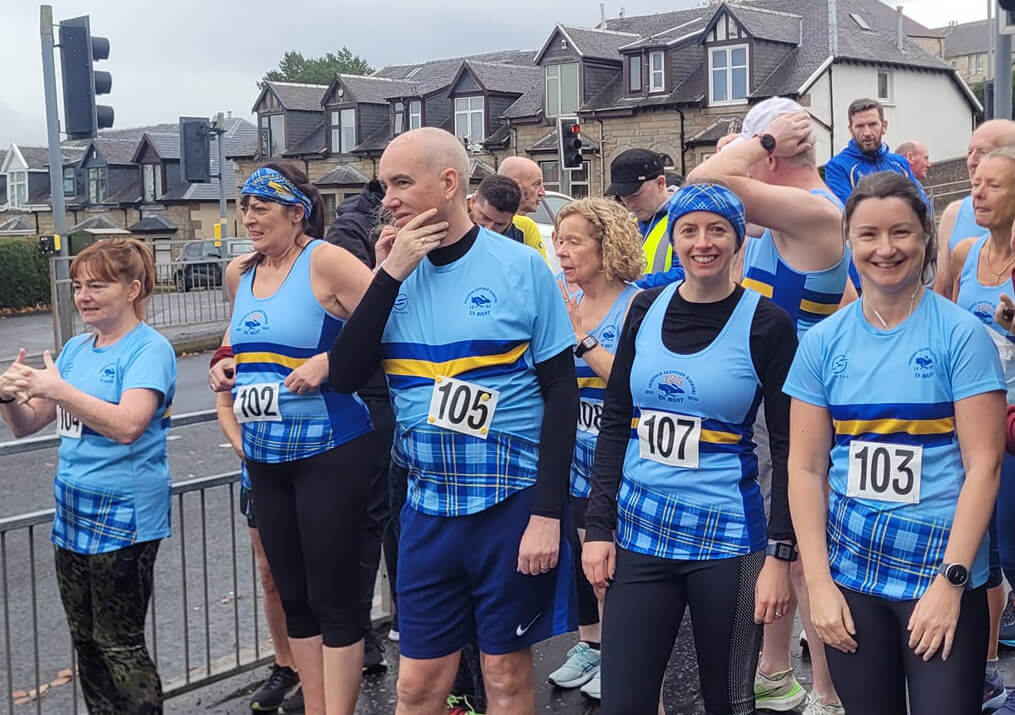 The Colin Shields race is a tribute to Glenpark stalwart and past President of the Scottish Amateur Athletic Association. Colin’s publication “Whatever the Weather”, a centenary history of the Scottish Cross Country Union, was befitting the conditions for today’s race.

With a record turnout, 75 Glenparkers braved the rain and brisk Easterly winds to run the 4.5 miles course.

The race follows the route from the traffic lights at the top of Dunlop Street, down through Barrs Cottage, over the pedestrian bridge at Branchton and up past Inverclyde Royal Hospital. Runners then turn left at the wee shop at the bottom of Hilltop, past the cemetery, down Cumberland Road and back over the bridge to the start.

Prior to the race, the Handicap Committee split the field up into three groups. The slower runners were set off together at 2 o’clock, followed by two runners every 15 seconds from the medium then the fastest group runners. Each two runners were also of differing ability, with the faster chasing and quickly catching the slower runner of the group in front.

The First Group Set Off at 2pm

This approach allows runners of all abilities to feel the excitement of a race, with lots of overtaking manoeuvres and opportunities to latch onto runners of similar ability. It also ensures that there is a much smaller interval from the first to last runner at the end of the race.

Thanks to a magnificent job by all the marshals, everything went very smoothly.

The stretch down Cumberland Road however, with cars parked on the pavement and wheelie bins strewn along the route was particularly challenging. Everyone was reminded to remain alert and safety conscious.

It should be mentioned that Ladies’ Captain Marian was to be spotted on Hilltop Road prior to the race, sweeping up leaves. That’s dedication for you!

Once the ‘Wacky Races’ were over, John Stevenson announced the results and time-trial positions at a fabulous tea and coffee banquet in the clubhouse (cakes and buns courtesy of our Coach and Social-Convener-Extraordinaire, Alan O’Rourke).

There is no doubt that the standard of running in the Woman’s team is showing significant promise.

Jill Knowles who continued her winning ways was followed in closely by Sue Hewitson. Third was Liz Gemmell in her debut run for the club. Ruby McGill, who finished fourth continues to push the Seniors. Next in was Club Champion Marian Monk, followed by new member Jennifer Telford who finished just two seconds ahead of Lorna Mitchell.

A special mention goes to Ashley Anderson who had another great run and to Cheryl Thomas with a one second PB. Rhonda White made a welcome return, having last run the Colin Shields in 2015. Finally, Fiona McFarlane had a very impressive run considering she’s just back from an all-inclusive holiday in Dubai. 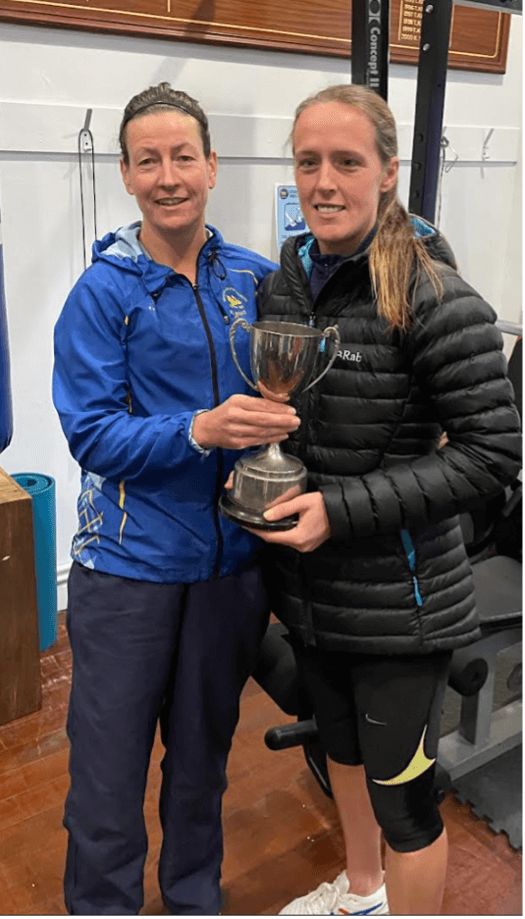 Paul Monaghan crossed the line more than two minutes ahead of the rest of the fast pack with what appeared to be an easy victory. The actual result came as a bit of a surprise to everyone except the top 3 finishers themselves.

Following on from his tremendous run at the National Relays, Andy McCall worked his way through the field to finish in third place. Stuart Greenway ran his best race of the season so far to finish just 2 seconds behind the overall winner, Neil Lafferty.

Dylan Crawford ran his heart out to finish just 3 seconds behind Andy McCall, followed by Paul and Andy Osbourne. A special mention goes to Chris Mooney who continues to improve, finishing 18 seconds ahead of Oliver Reilly. They finished in 9th and 10th positions respectively.

Next in, all with times less than 29 minutes were Shaun Wiseman, Michael McLoone, Stephen Hanley and Steven Campbell.

In total there were 48 starters for the Men, an excellent turnout. Hopefully we’ll see a few again at the upcoming club and cross-country races.

Finally (author’s prerogative), Campbell Cromar got back every scalp that got him on the run-in on the Esplanade a few weeks ago. The vest with the target on the back is now in the bin. 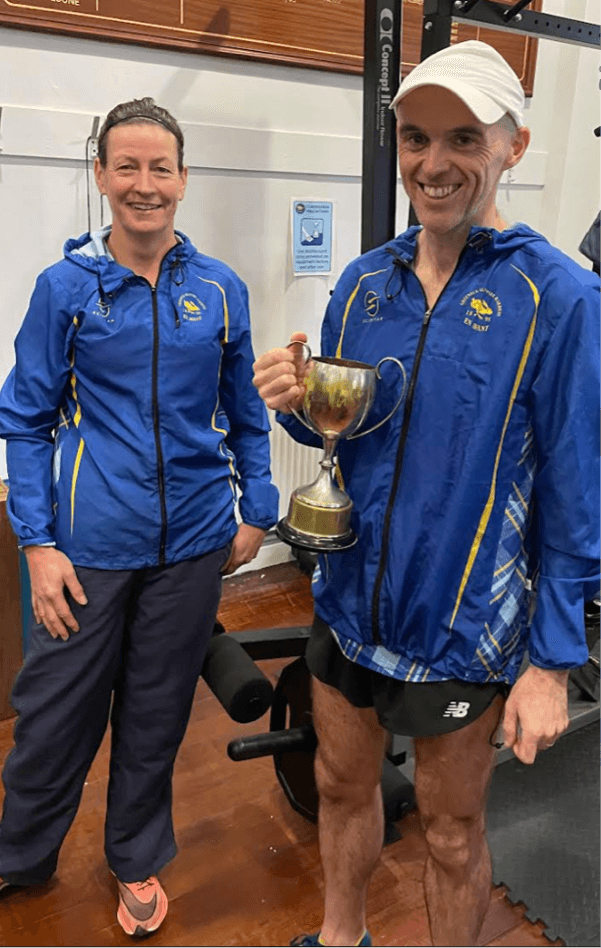