Harriers in a Hurry 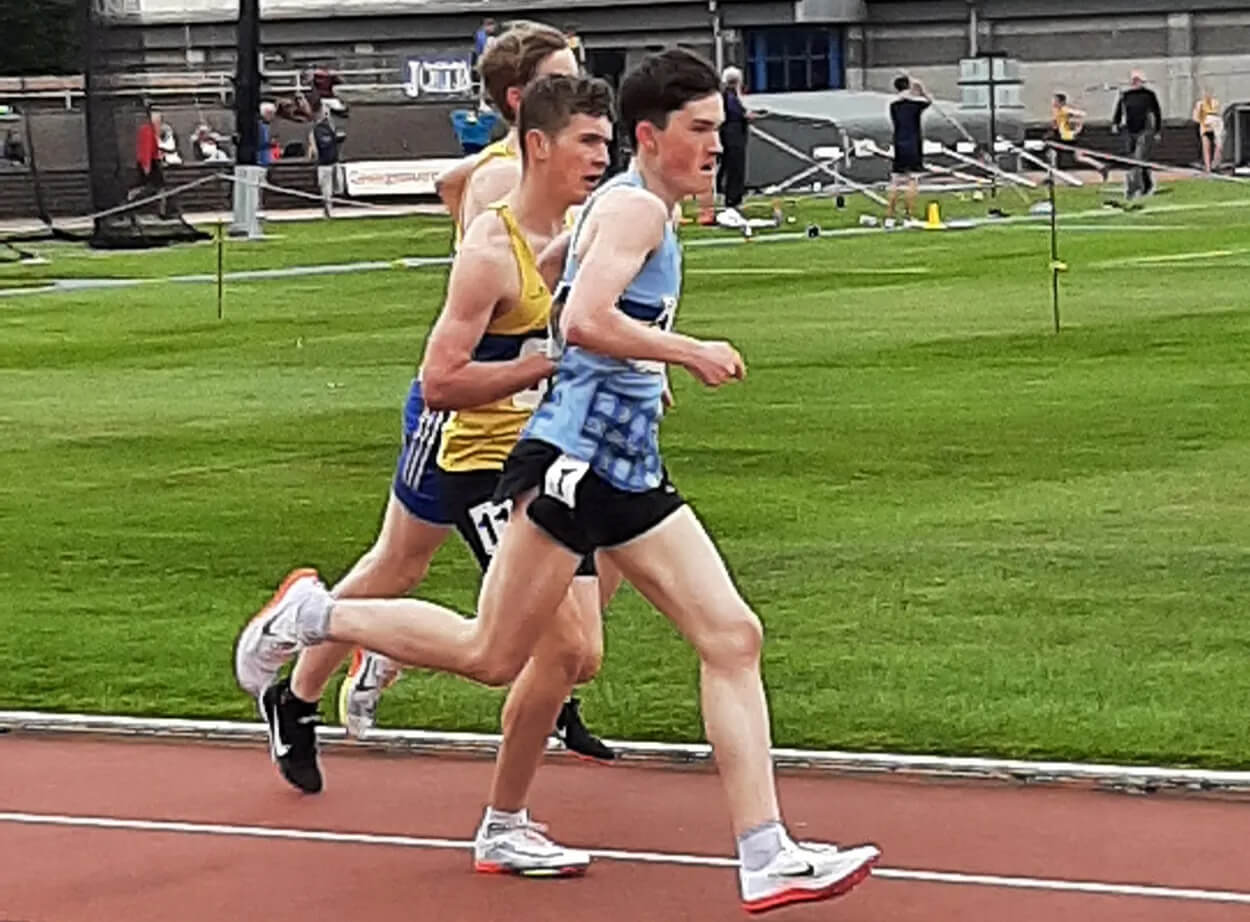 Simon was first to represent the Harriers on the track in his 200m race, an electric start saw Simon close the stagger on the athletes on the lanes outside him and eased into the home straight where he implemented his personal process once in the lead, a controlled last 30m allowed Simon to hold his form and cross the line victorious in a new lifetime best of 22.81seconds, his first sub 23 second run. Immediately following Simon’s race was Harris, fresh from helping Clydeview Academy to the Scotish Schools 4 x 400m relay title two days earlier, he decided to drop down from 400m to test himself over the shorter distance of 200m. After an aggresive determined start Harris utilised his 400m power to storm round the bend cutting the stagger of all athletes outside him to be leading into the home straight, a focused home straight by Harris saw him claim first place in a new best for him 23.14 seconds. Kyle concluded the trio of young Harriers to perform on the day this time over 1500m, A mature first 800m Kyle sought a bit of wind protection before excellerating ahead of his competition with 500m left, hitting the bell for the last lap Kyle struck for home, working hard down the back straight he held this until the final 100m where he dug into his deep reserves of endurance to stop the clock in a new best of 4.37minutes.