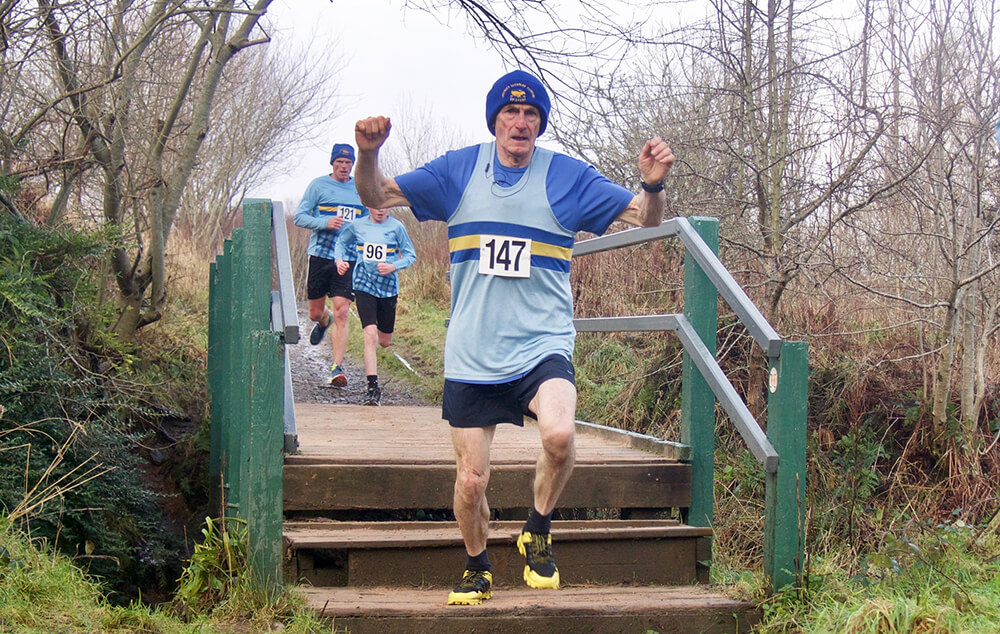 The forecast was good, but the weatherman was wrong!

It was a four-seasons-in-one-day experience for the 56 competitors in this year’s Harris Trophy race up ‘The Ressies’ in Greenock this Saturday. 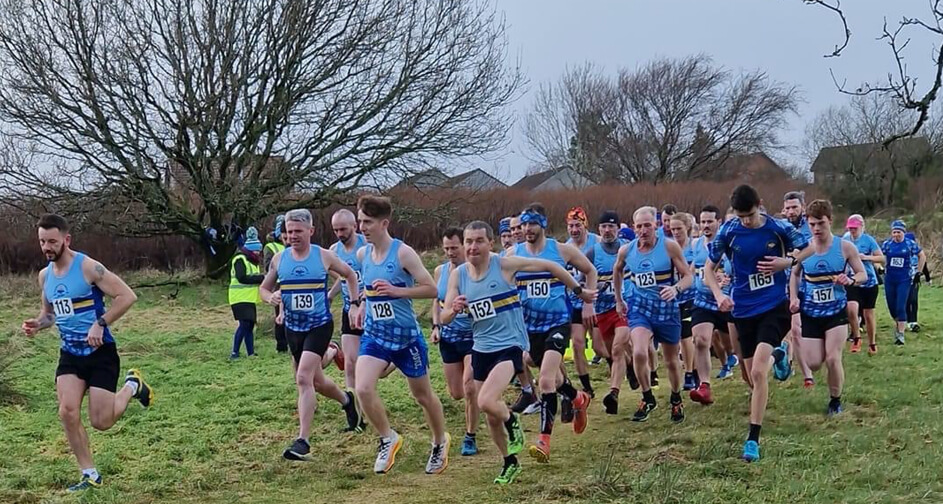 The course had been nearly destroyed by the recent bad weather and Starter John Stevenson was at pains to point out the mayhem that was in store around the course. But that didn’t deter the slightly mad, but keen Glenparkers as they set off briskly down the hill to secure their single-file place on the path at the start of the first lap. Andy McCall was clearly in the mood for a hard, fast race and he immediately broke away, closely followed by Paul Monaghan, Dylan Crawford and Kevin Craig. With a lot of good handicaps announced before the race, everyone was clearly giving it their all as they set off over the brow of the hill and down towards the reservoirs. The 5.5-mile course consisted of four laps around both reservoirs, with three inclines and forty meters of climbing per lap.

The leaders’ head-to-head continued to play out, with Dylan taking the lead on the climbs and Andy passing him again on the downhill sections. Andy finally managed to make a decisive break going down towards the bridge at the end of the third lap. This was enough to allow him to secure a ten second lead setting off into the final lap, which he then extended to 47 seconds over Dylan by the finish. Andrew Osborne was third in, just over 30 seconds behind Dylan.

In the women’s race Jill Knowles set off steadily and then moved up the field, passing at least 10 of the men on the first lap. Ruby McGill, who paced her race well throughout, finished the first lap about 45s ahead of 3rd lady, Fiona McFarlane. 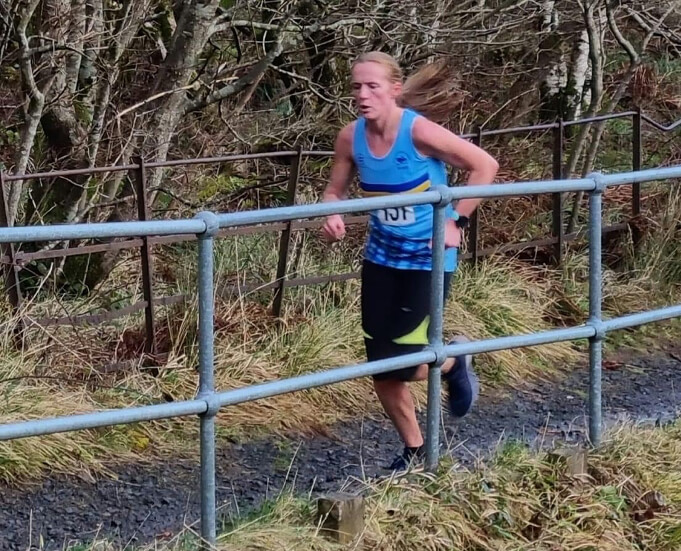 Jill moving up through the field on the first lap

There were some notable performances in the race.

Danny McLaughlin was brimming with confidence before the race, following his recent training holiday in Lanzarote and a sub-20min 5km parkrun. Danny started quickly, then dropped back a bit before storming through the field from the end of the first lap to clinch his best club placing for over a year. David Holmes (40:06) and Stephen Harrison (40:14) also ran superbly. 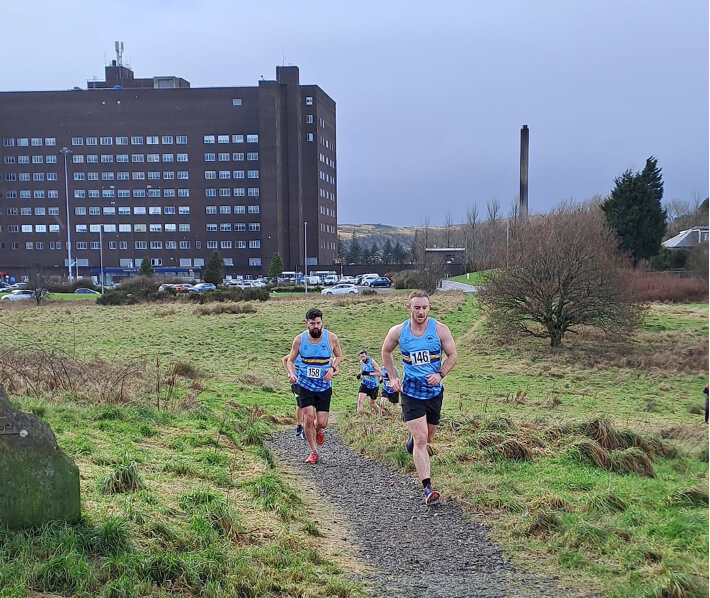 A cracker of a run worthy of mention was the handicap winner Matthew Deegan’s (39:33). Matthew finished ahead of several notable scalps in the scratch race, showing great strength and stamina. Sean McFarlane (45:55) and Lynne Harrison (46:28) also ran out of their skin to secure second and third handicap places. Next in the handicap, and demonstrating their continued improvement were Iain McKee, Cheryl Thomas, Gavin Morrison and Fiona McFarlane.

Special thanks go to:
• Our Race Sponsor W B Smith Trees and Turf (Andy Smith).
•  Handicap committee for another exciting race 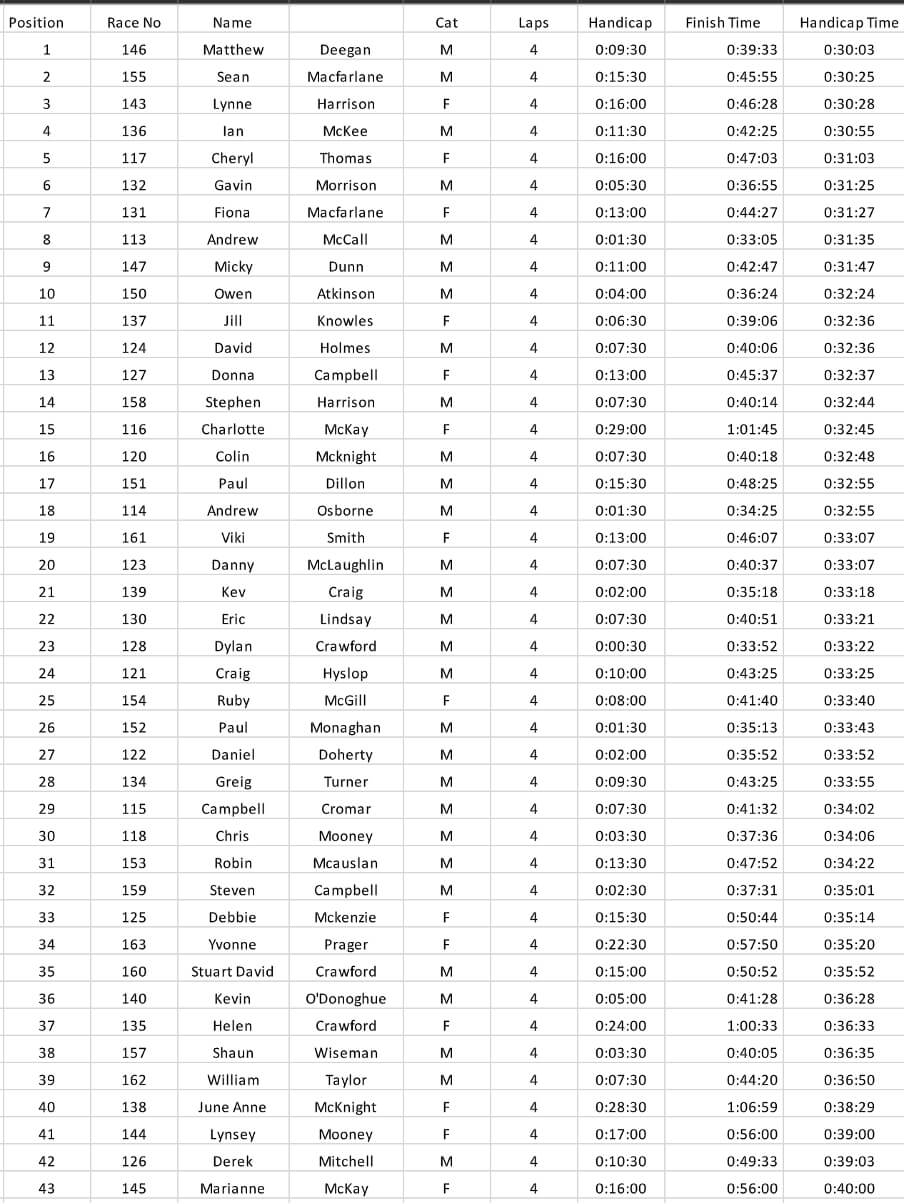 Upcoming Events to watch out for :