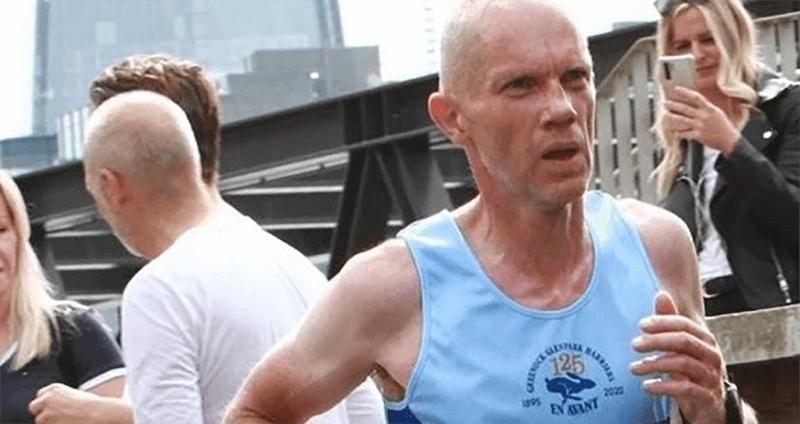 This year’s London Marathon was the 42nd running of the annual event which took place on the 2nd October. Due to the COVID-19 pandemic, the race was postponed from April until October to maximise the chances of a mass participation event. The elite men’s and women’s event were won by Kenyan Amos Kipruto and Ethiopian Yalemzerf Yehualaw respectively. The wheelchair races were won by Swiss athlete Marcel Hug and Catherine Debrunner respectively, both in course record times. Over 40,000 people took part in the mass participation event.

George McCallum secured this year’s coveted club place for the London Marathon. Robert Dolan managed to qualify individually under the age qualification criterion. Both were in excellent form going into the race. Robert’s son Jude came down to celebrate his Dad’s 19th  time running the event! 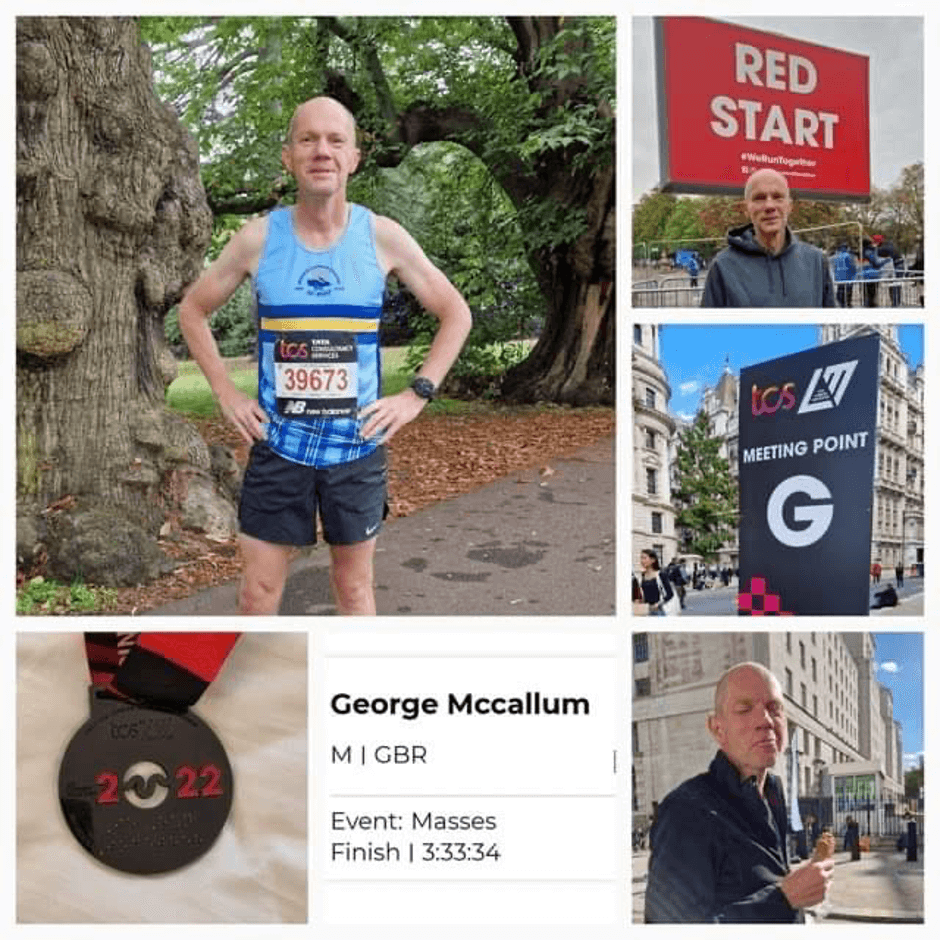 George’s Gallery of Photos and Medal

Conditions were perfect at the start – overcast and relatively cool.

George recalled the start being very busy, with a mixture of fast and slower runners all bunched in together. So rather than runners being evenly spread out, things got very busy as the three waves overlapped in the early stages.

George and Robert enjoyed the atmosphere, with every mile of the race being lined with thousands of enthusiastic supporters.

George recalls “The noise was incredible! Every so often there was music, singing, dancing and all sorts of shenanigans. It was great to run over Tower Bridge and look back towards HMS Belfast and City Hall. Going round the Isle Dogs and back to St James Park was really nice. Then the sun came out and it got very hot. That’s when, for me, the going got tough…” 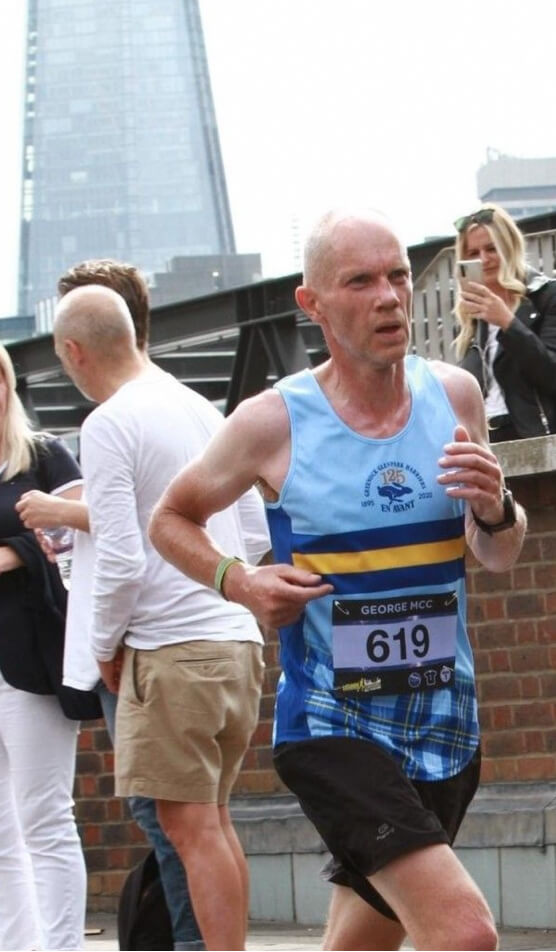 Figure 1 : George with The Shard in the background around mile 23

George went through the first half in an excellent time of 1hr 35 minutes, feeling comfortable. But as the sun came out and the temperature increased, George’s pace dropped from a steady 4:30/km to 4:45/km and then 5min/km by the 18-mile point. With a tough incline on mile 19, George ‘hit the wall’ and despite working hard to try to get back on pace, he averaged around 6min/km for the last eight long hot miles. Although feeling disappointed with his finishing time of 3:33.39, George showed tremendous grit and determination to dig deep and hang in all the way to the finish.

Starting in pen 1 of the green start, Robert said his wave was unimpeded, even when the 3 races merged around the 5k point. With many years of experience at the event under his belt, Robert ran a consistently paced 4:30/km for the first half to go through well ahead of his pre-planned schedule in 1:33.38. The clouds then parted and the temperatures rose in the second half slowing things down a bit, but only marginally. Robert finished in an excellent time of 3:12.07. This race also incorporated the Wanda age grade world championships, earning him another medal.

Both runners remarked on the amazing support from spectators, especially on the run-in, which was incredible. The organisation of finishers’ medals, T-shirts and kit back retrieval ran like clockwork.

A truly amazing experience and a fantastic effort by both runners.