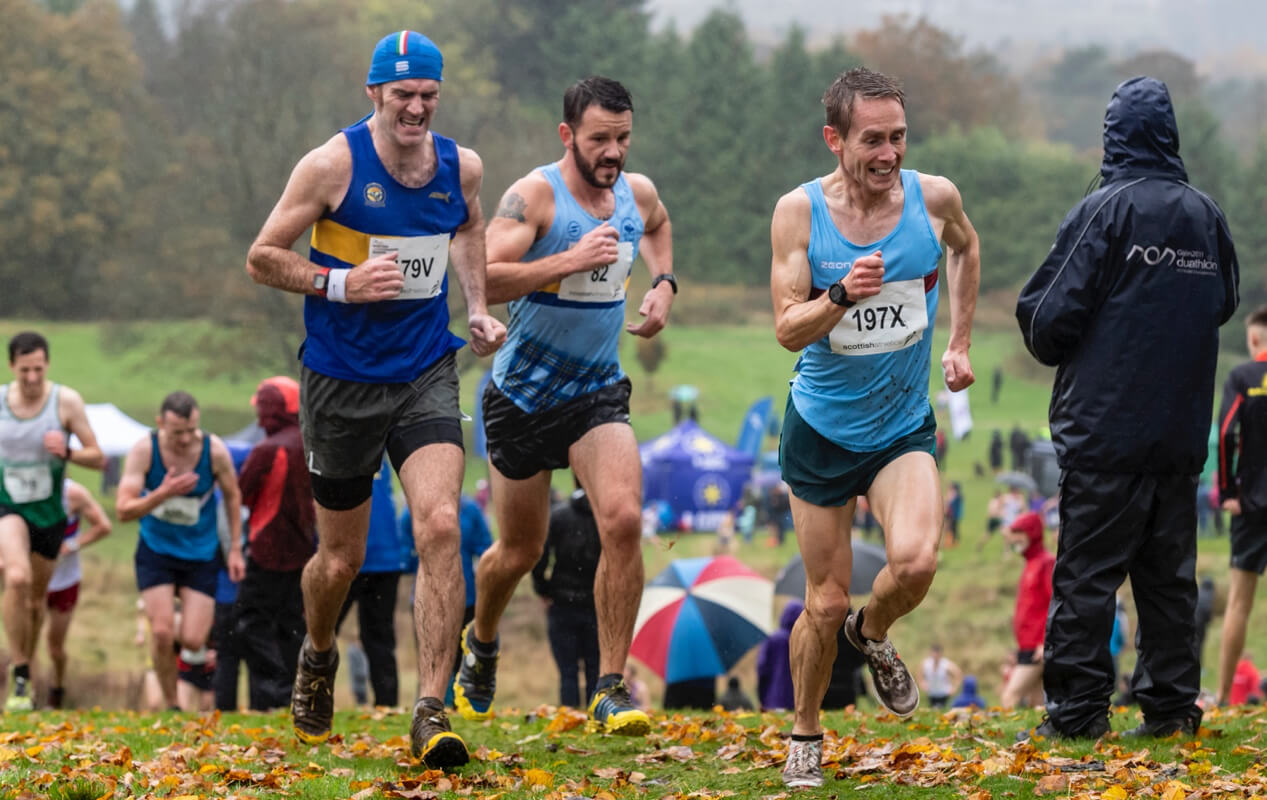 Take mud, teeming rain and 3,000 gluttons-for-punishment and you’ve got the perfect recipe for the National Relays.

Yesterday at Cumbernauld saw the country’s best relay teams turning out to compete for National Titles on a proper challenging 4,000m cross-country course.

Central AC won the Senior Men’s race for the ninth time in 10 years, the club’s strength-in-depth illustrated by the fact they had 2 teams on the podium; first and third.

Edinburgh University Hare and Hounds made it four-in-a-row in the Senior Women’s race with European U20 champion Megan Keith leading their green vests home.

Glenpark’s Women entered two Senior teams, a V40 team and a V50 team. The Men had two of each.

Best runs of the day for the club came from our hill-running specialist Andy McCall (14:13) and Seniors Newbie, Ruby McGill (17:03).

The V50 Men secured a National 6th place, the highest of the day for all teams entered. 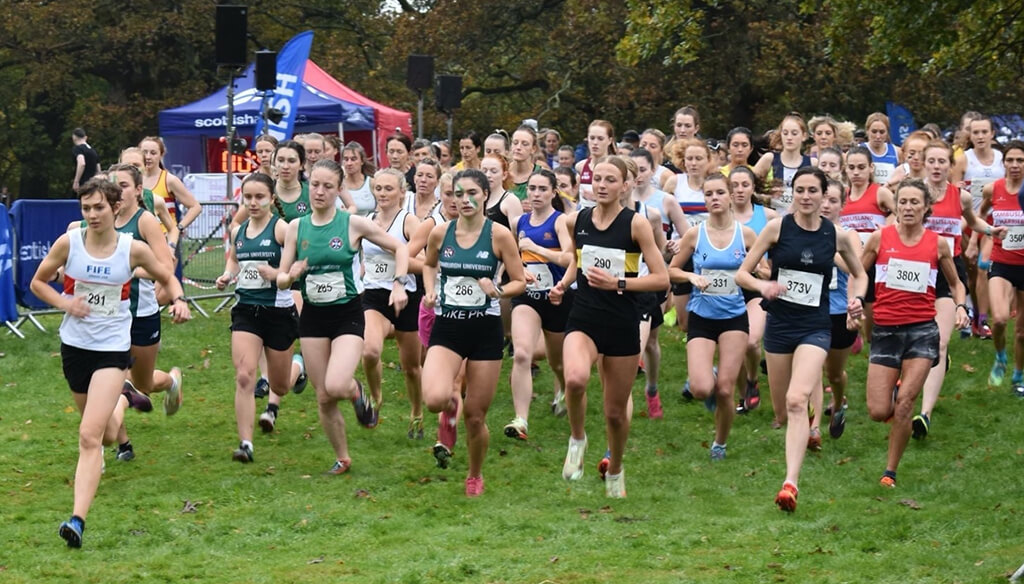 First off for the A Team was Ashley Anderson. With limited training due to working night shift, Ashley finished well up the field in 49th position. Team Captain Marian Monk managed to move the team up 4 places to hand over to Sue Hewitson in 46th place. Sue moved the team up a further fourteen places to 31st. Ruby proceeded to run the fastest time of the day on the anchor leg to finish 30th in a 76-strong field. This result was even more impressive as Sue and Marian are V40 and V50 vets respectively. 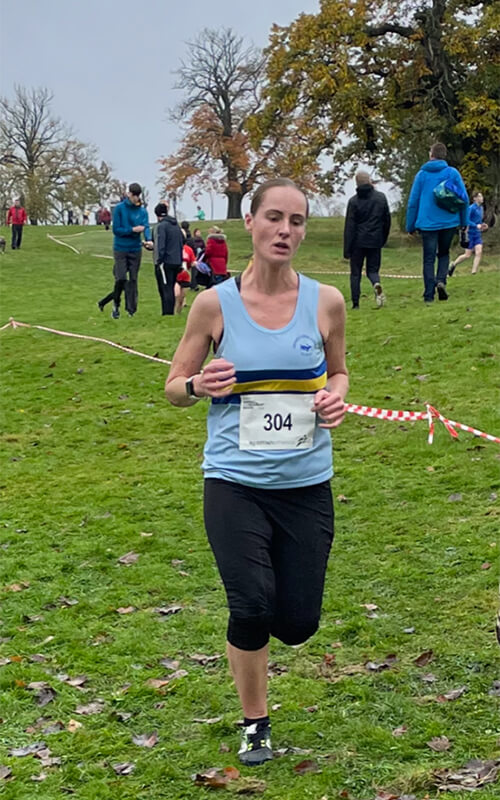 Ashley on First Leg for the Senior A Team 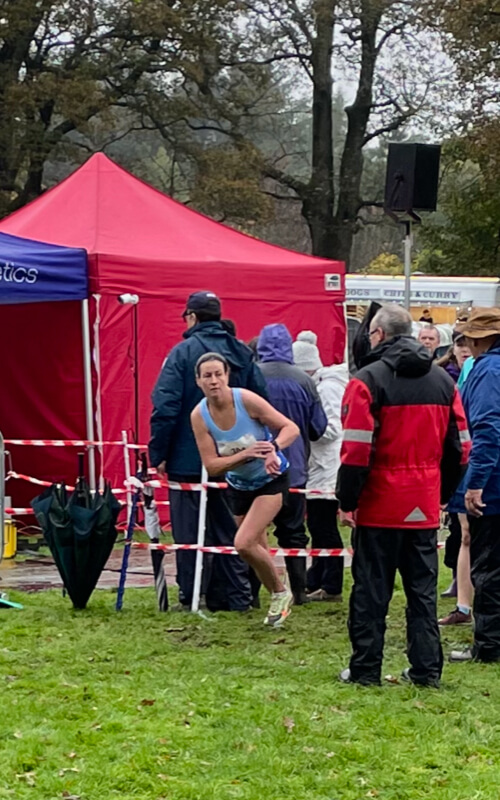 Marian Takes Off at the Start of the 2nd Leg 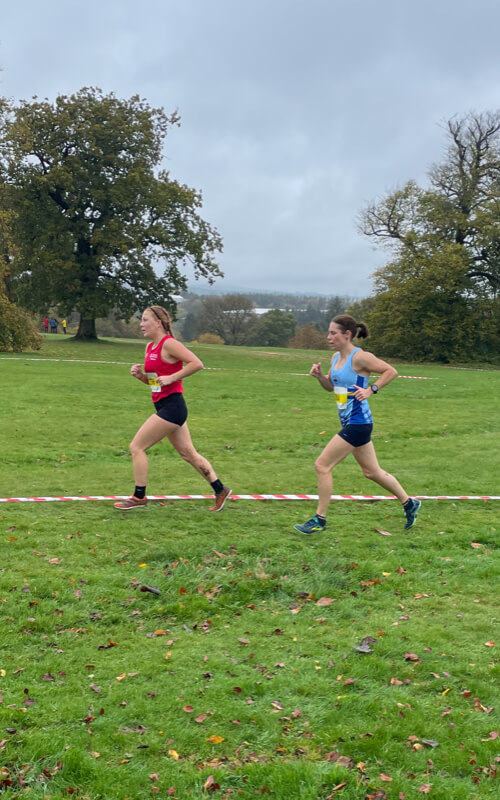 Sue Working Her Way Through the Field

In the Women’s B team, June Ann McKnight had an excellent run, handing over to Fiona Cushnaghan. Fiona unfortunately fell twice but bravely pushed on and passed seven runners to hand over to Claire Monaghan. Claire worked hard to move up a further five places before Rhonda White, with the fastest run for the team, moved up ten places to finish a meritorious 53rd. 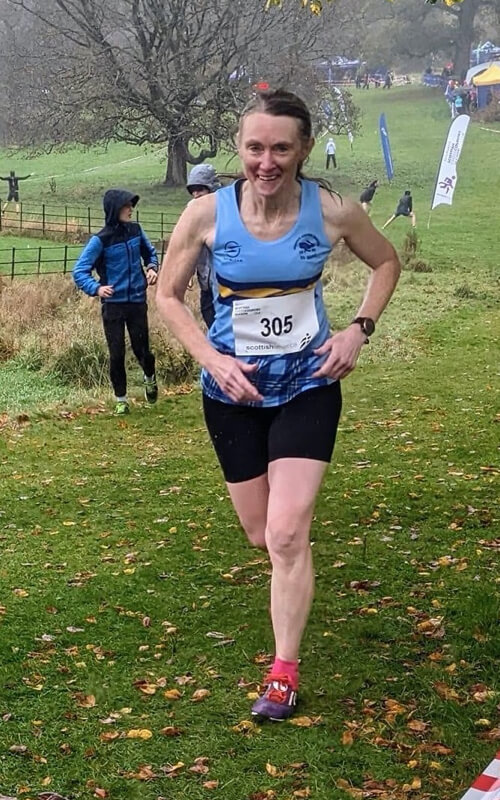 Rhonda on the Anchor Leg 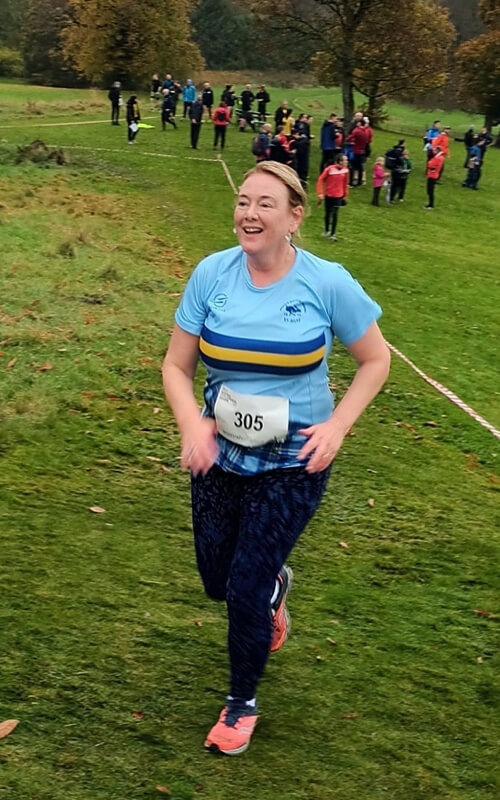 In the V40 race, Marianne McKay got a first leg run as she had already been braving the elements for the kids races earlier in the day. Marianne handed over to Debbie McKenzie. Debbie worked hard throughout the course and finished respectably against a very strong field. Unfortunately, Debbie’s chip must have failed, so her finishing time wasn’t recorded. Donna ran well to secure the team 23rd position for the V40s Team. 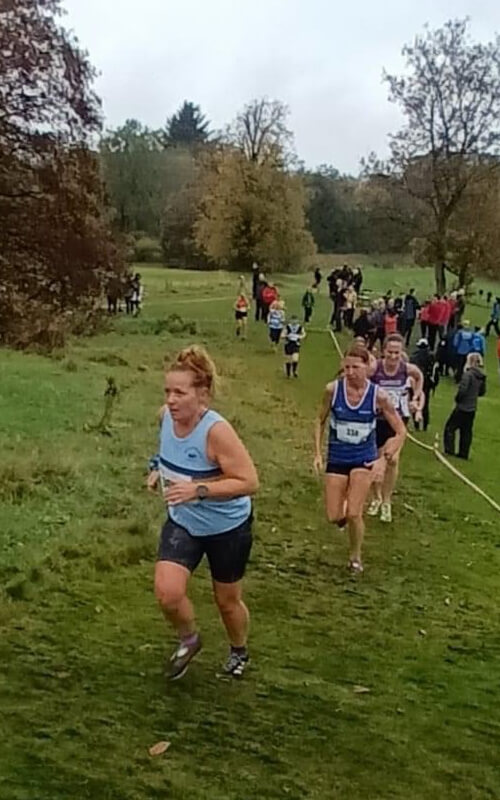 Marianne Working Hard on the First Leg for the V40 Women 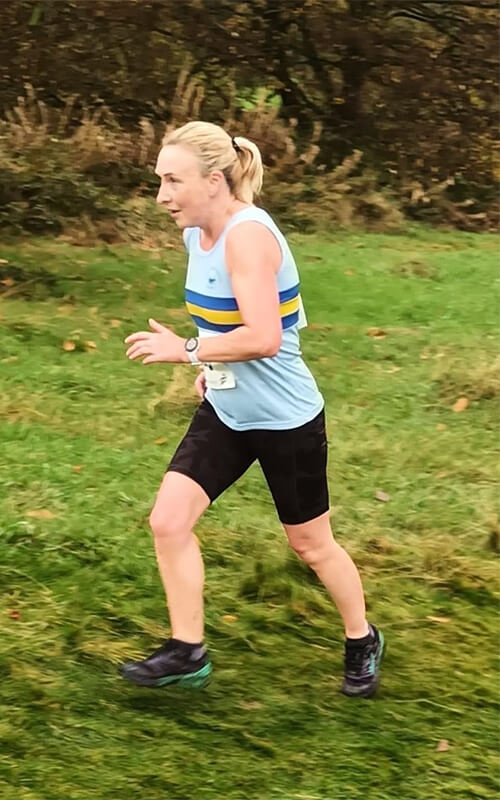 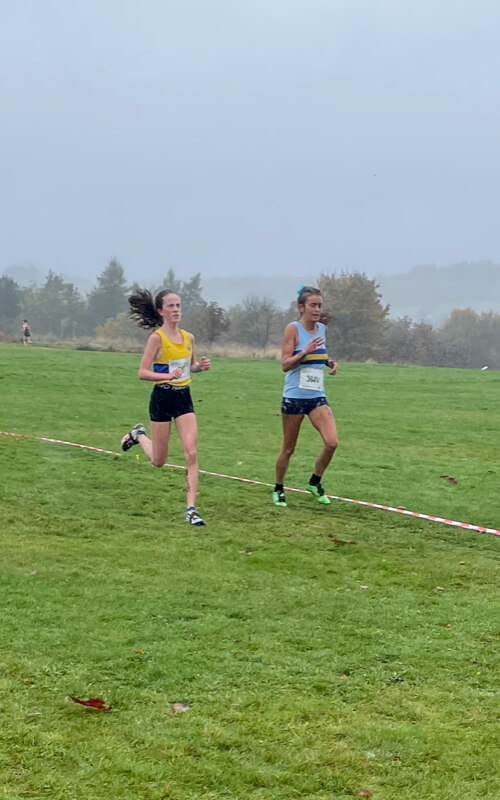 Donna Striding Out on The Anchor Leg Run-In

It was fabulous to see a full V50 Woman’s team running. Mary Robinson and Charlotte McKay ran well to hand over to Alison Smart in 13th position. Alison moved the V50s team up a further 3 places to finish 10th, another terrific performance for the club. 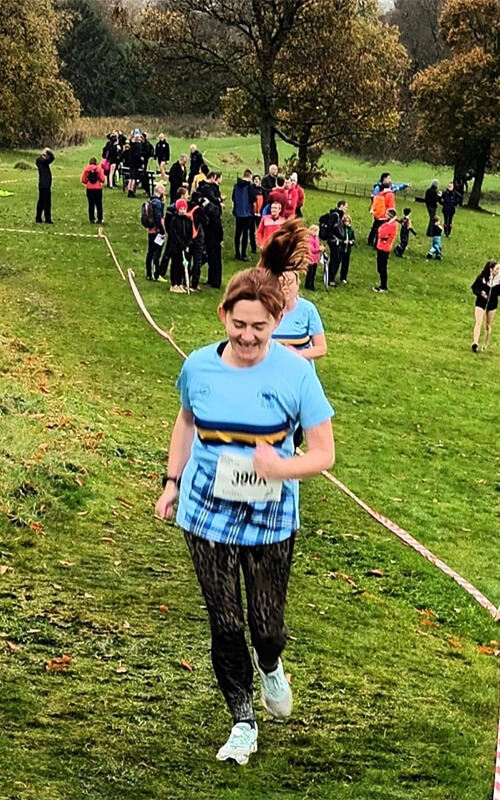 Mary and June-Ann on the 2nd Big Hill 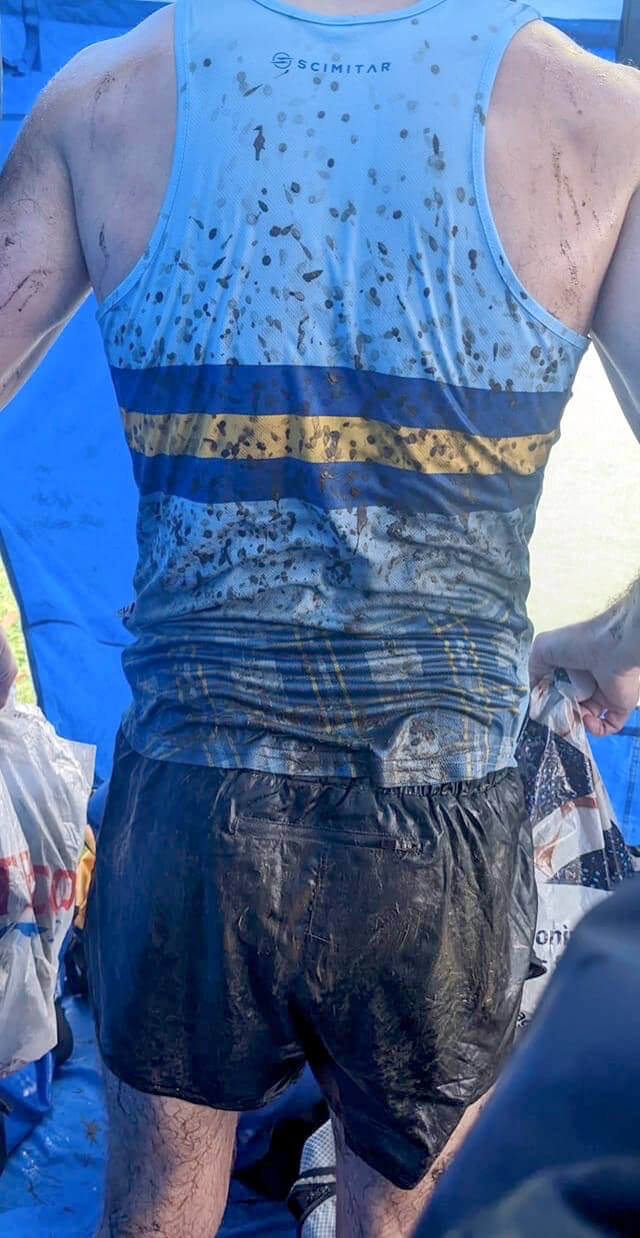 Time for a Bath Andy!

Performance of the day in the Men’s Team came from the V50s. The A Team’s Gavin Morrison ran a terrific first leg, handing over to Mick McLoone (Sr) in 12th. Mick picked up 5 places to hand over to Paul Monaghan in 7th. Paul managed to move up one more place to finish in 6th out of 38 starters. Incidentally, Paul’s time was 4th V50 on the day. 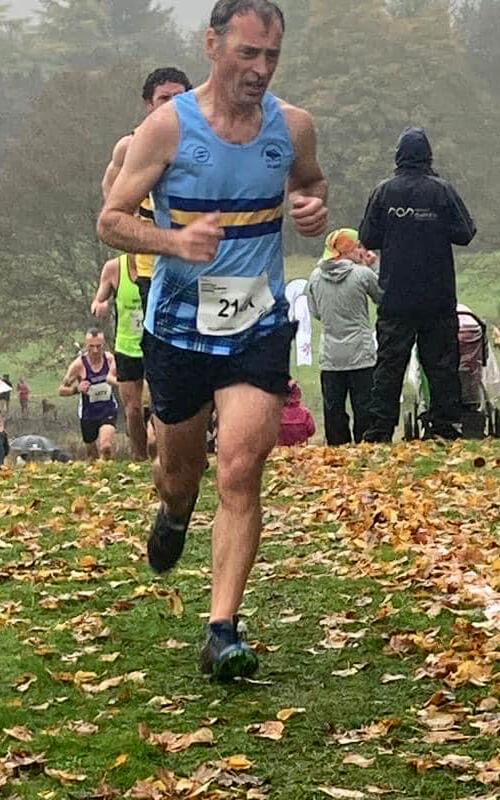 Greg Luke ran a steady first leg, handing over to Jude Dolan. Jude ran a fabulous 2nd leg, moving up fourteen places. Dylan Crawford, who was literally just off a plane from the USA, passed a further eighteen runners to clock an amazing 14:37 and the fastest time for the team. Shaun Wiseman ran the anchor leg in a very creditable 16:19, passing another ten runners on the way. The team literally passed half the field in the course of the race! 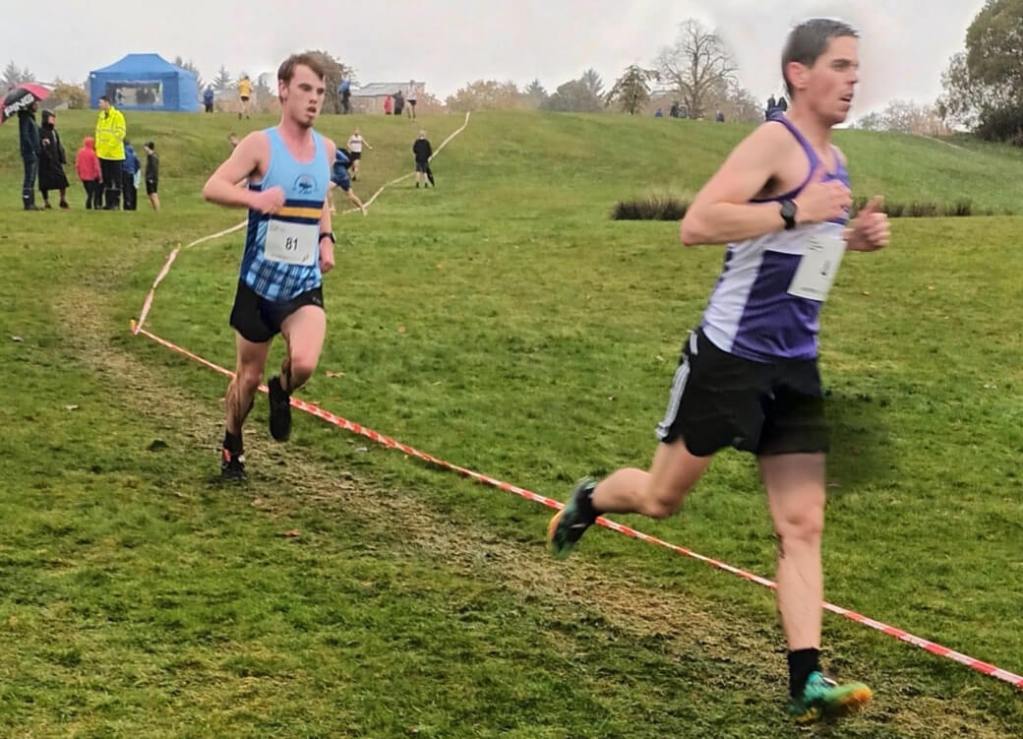 Shaun About to Pass the 50th Runner

Aside from running the fastest time of the day, Andy McCall managed to get a fabulous photo of him in a head-to-head on the first lap on the Scottish Athletics website (see title photo). Danny McLaughlin somehow managed to overcome a sleepless night to run a respectable time of 18:29.

Running first for the men’s V40 A team, Colin McKnight continued his string of excellent performances, finishing 22nd against a very strong field. Men’s Captain Steven Campbell then fought hard to bring the team through in 14th at the change-over. Neil Lafferty, with the 2nd fastest time of the day for the club, moved the team up another six places to hand over to Alan O’Rourke. Alan found himself in the top third of the V40 field and hung on well to finish in 11th place, a fantastic run and a great team effort. 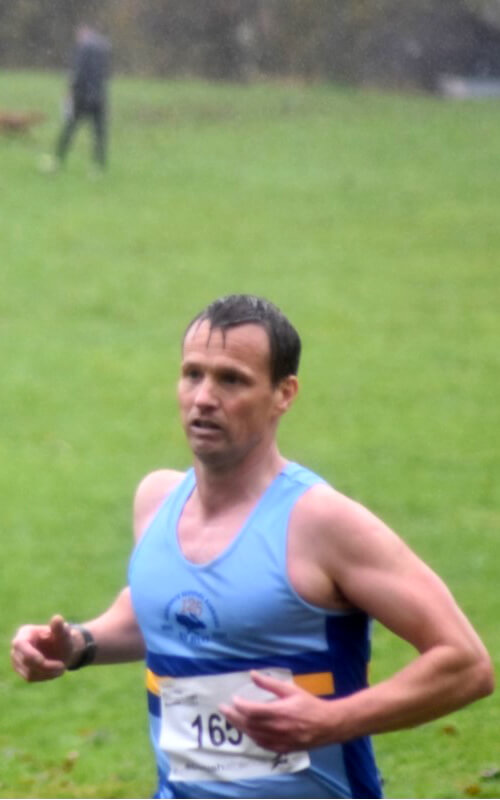 Steven Moving Up 8 Places on the 2nd Leg 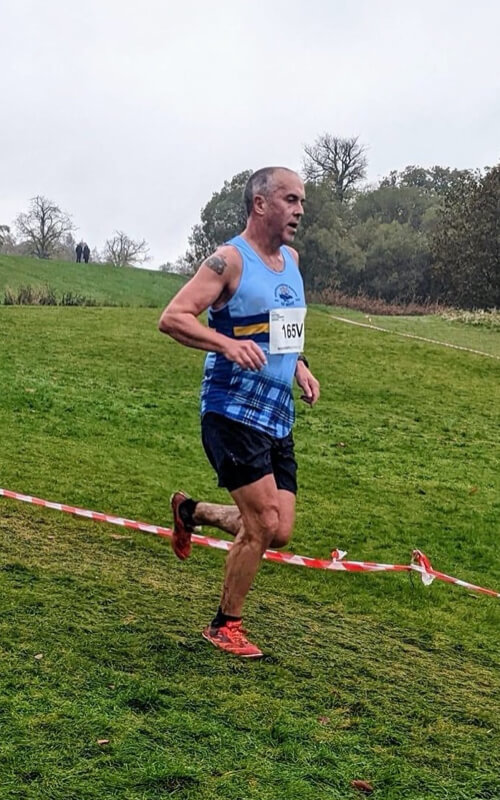 In the V40s B Team, Scot Hill continued his recent improvement, as did Aidan Coyle. This was Aidan’s second cross country race and he looked like he was loving every minute of it! Euan Morrison ran a steady leg, handing over to John Stevenson who posted the fastest time of the day for the team to finish in 24th V40 place. 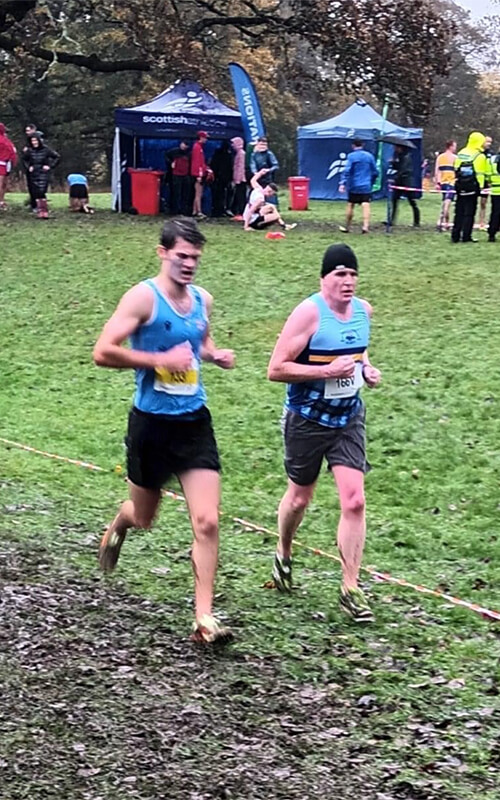 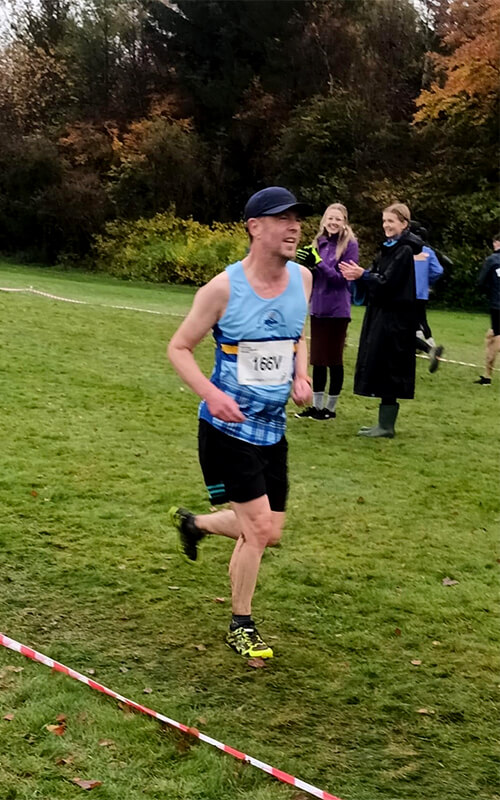 John on the Anchor Leg

Mick Dunn, who recently returned from injury, ran the first leg for the V50s team. Mick ran well until the downhill stretch before the steep hill at the end, where he twisted his knee (unfortunately the same injury he had just recovered from). Mick had to walk the last few strides to hand over to Campbell Cromar. Campbell managed to close in on the pack ahead and passed six runners before handing over to Graham McGrattan. Graham, feeling a bit out of sorts lately, hung on to finish in 29th place for the team.

Let’s hope Mick’s knee’s okay in a few days and we see him back on the start line for the upcoming races. 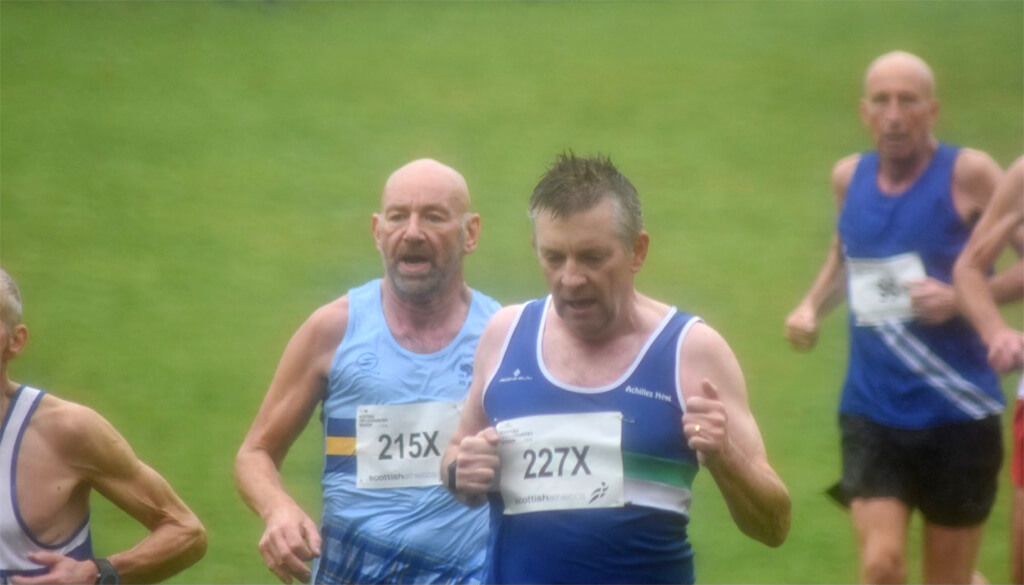 We look forward to another big turnout at this coming Saturday’s Colin Shields Road Race. This is a 4.5 mile race in time-trial format. See the club’s Facebook page to enter. Entries close this Thursday 27th October.